Let the show go on! 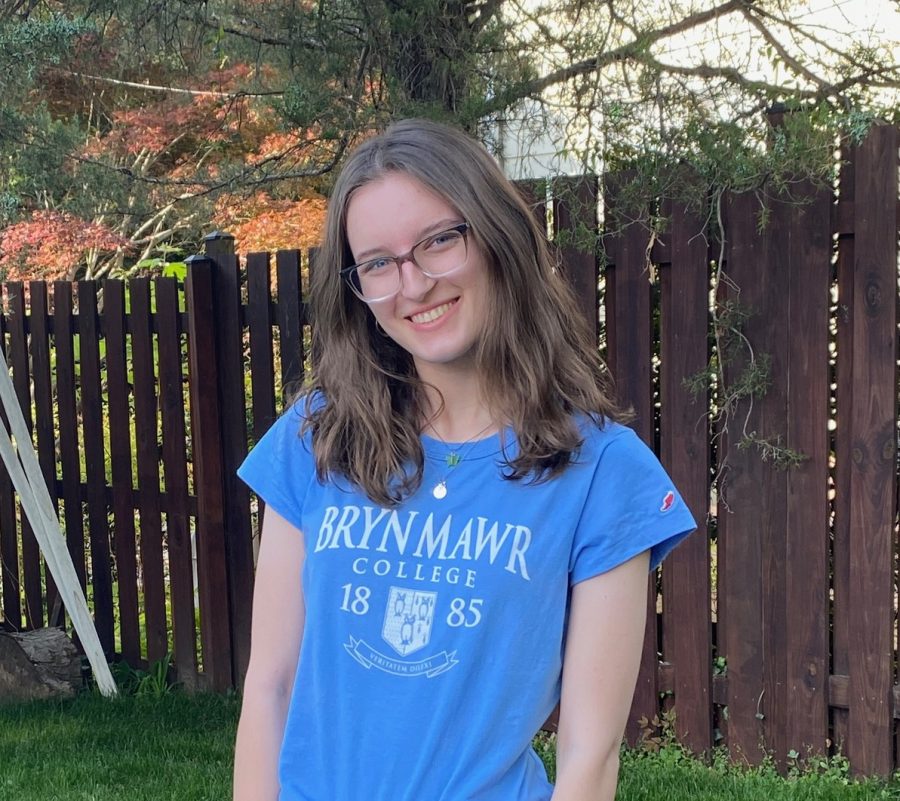 Wallander led the technical theatre through the COVID-19 hiatus

Senior Luella Wallander has participated in theatre for all four of her years in high school. After acting in elementary school, she began to get involved in the technical aspect of theatre productions in seventh grade. After a great experience working on sound and lights, she decided she wanted to be more involved in that aspect of theatre, which led her to the W-L Theatre Department community.

“My freshman year I saw a poster for a [technical theatre] interest meeting,” Wallander said. “I was like, that’s the thing I’m interested in! So I went to [the meeting and] they talked about all of the [technical theatre] departments. From there, I became really involved in [the] set [department], and now I run it!”

Wallander cites theatre as the after school activity where she would spend the most time, especially in her freshman and sophomore years. Wallander learned about power tools, design and painting from many of the senior heads of the set department at the time. Within theatre, she found a close-knit community.

“I found a lot of friends there,” Wallander said. “I think especially through being on [the] run crew for the shows. When you’re at school, in rehearsal, and working backstage with these people for six hours [or] eight hours a day, there is so much bonding, especially in freshman year, and sophomore year as well.”

Wallander joined theatre with a group of other freshmen, many of whom now lead various technical theatre departments as upperclassmen.

“I made a lot of friends who were freshmen as well and we’ve stayed friends [throughout high school] and become leaders in the Theatre Department in our junior and senior years,” Wallander said. “It’s been really wonderful to watch the department grow, and grow with them.”

Like many activities, the COVID-19 pandemic affected the Theatre Department. Wallander was not able to do in-person theatre this year. The transition was abrupt for the theatre community.

“Theatre just kind of stopped [in March of 2020],” Wallander said. “[Theatre] wasn’t really a thing that happened for a pretty long time. We were really lucky to do two shows in the fall of 2019, my junior year. I designed the set for both of those in October and November [of 2019], before the coronavirus had hit the front page of any newspaper. Then, our spring musical, “Kiss Me Kate,” was scheduled for April 2020.”

The W-L Theatre Department was unable to hold theatre productions for a year. Shows resumed with a virtual performance of “Check Please,” in March. “Double Double,” premiered online May 22. Wallander described her role in virtual theatre as very different from in-person theatre.

“Right now, I am doing a lot of shopping on Amazon, and working with the actors themselves to talk about their characters for ‘Double Double.’” Wallander explained. “I met with each of the actors and talked through their characters and the space that we had to work with because we don’t have a stage [or] something that we can just build from scratch. We have to customize the space that they have behind their camera for wherever they’re filming.”

Wallander plans to stay involved in theatre in college. She has committed to attending Bryn Mawr college in the fall, whose theatre department is shared by Haverford College. She hopes to expand her role to include stage management.

“One of the things that I wish I had done at W-L was learn how to stage manage,” Wallander said. “I think it’s very cool and I genuinely did not have time for it in high school.”

Overall, Wallander loved her experience at the W-L Theatre Department. Despite COVID-19 complications this year, the experience was positive overall.

“Being welcomed into such a big family of everyone that did the musicals was just so nice and so lovely.” Wallander said. “I’m so glad that I decided to be on run crew [in freshman year] because now I’m here.”