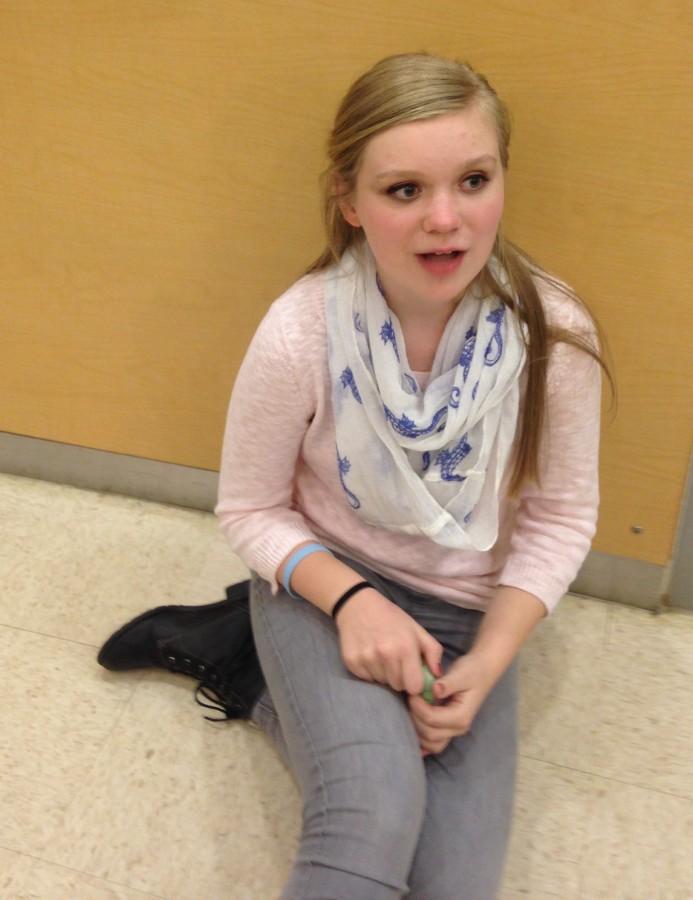 “I'm in this darn thing right now called How to Succeed in Business Without Really Trying, and it is a really cool musical. It’s really great getting to do the school play because it starts so early in the year. If you’re a freshman and you're starting off and you aren’t comfortable yet at the school, but you love music or musical theater or dancing or acting, you can do the musical. With the musical, you get such a close group of people. What is really great about having such a tight knit cast is that is that the upperclassmen talk to the freshmen like they’re best friends. We joke with each other. We all have inside jokes. It is really welcoming, and it feels so awesome that I have this tightly knit community that I can talk to.”