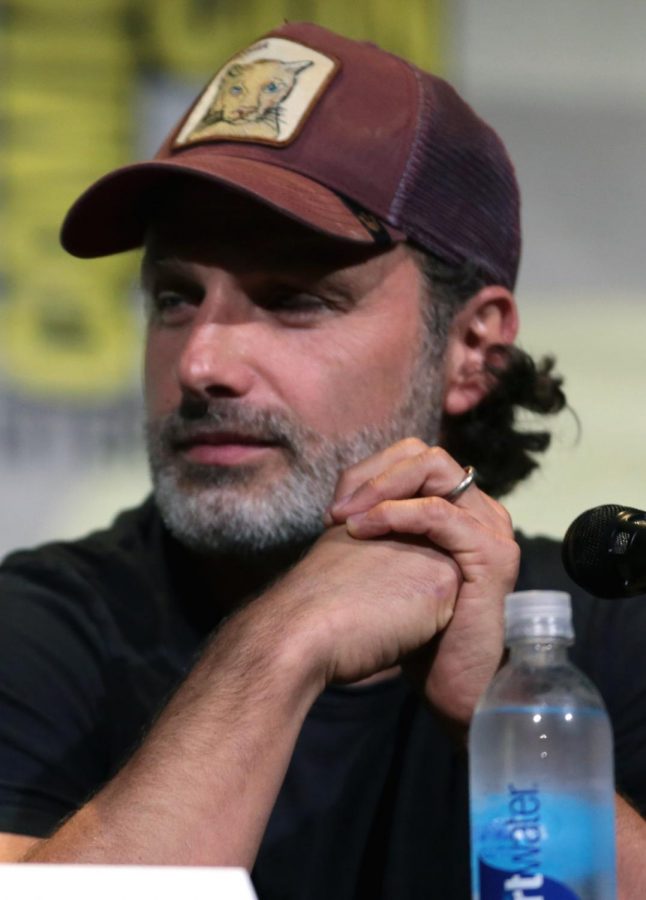 Actor Andrew Lincoln sits on a panel for "The Walking Dead" at ComicCon. Lincoln stars as Rick Grimes in the zombie TV show.

Millions of people excitedly gathered around their televisions on October 7, listened to Bear McCreary’s iconic theme, and watched Rick, Daryl, Michonne, Maggie, and Carol back in action for what could very well be the final season of “The Walking Dead.” While many have speculated that the show will end in its ninth season, the television network American Movie Classics (AMC) is keeping the future of the show under wraps for now.

Instead of designating this season of “The Walking Dead” as the final season, AMC is choosing to call it “Rick Grimes’ Final Episodes” in the show’s advertisements. This has created an immense sense of uncertainty among fans, and AMC’s advertising tactics have created debate among audiences as to whether Rick, the main character, will no longer be in the show, or whether the show will simply end altogether.

“I feel like they do that a lot with running shows,” senior and fan of the show Mignote Tadesse said. “They try to continue it with a slightly different plot once the main character leaves. Also, there are so many good story lines within each character. They could all be main characters.”

Despite the intrigue surrounding the future of the show and its protagonist, the show’s ratings have continued to steadily drop. The show’s premier drew 6.08 million viewers, a mere half of the number of viewers that watched last season’s premier. This shrinking of viewership may force this season to be the final season of “The Walking Dead,” even if AMC had wished to continue the show after this season.

“[The show has] gotten a bit stale; things just repeating themselves,” senior and fan of the show Max Herrmann said. “A lot of why I watched it was because of villains like the Governor, and recently it hasn’t done it for me.”

Despite the decline in success of the show, there may yet be hope for the current ratings to turn around. This is largely due to actor Scott Wilson, who played Hershel Greene in the early seasons of the show, and he reprised his role in the current season before. Wilson recently passed away of cancer, and some fans believe Hershel’s return to the show prompted former viewers of the show to start watching once again, which could potentially save the show.

“I think [Hershel’s return] is amazing,” Tadesse said. “It shows how dedicated the actors are, really tugs on your heart strings.”

Regardless of the the future of the show itself, it is clear that this will be actor Andrew Lincoln’s last bout as Rick Grimes. Whether his character dies, leaves, or if the show gets cancelled altogether, this will be fans’ last chance to see their favorite former cop in action. “Rick Grimes’ Final Episodes” could be an emotional rollercoaster for those millions of people who have followed Grimes’ journeys since he came out of a coma to find that the world he knew was gone.

“I think it’s a mix of good and bad,” Herrmann said. “Because we can see more of other characters, but I really like Rick as a character and his actor portrayed him amazingly, with his performance being one of the most memorable from the entire show.”