Turning the tables on teaching

Teachers with untraditional styles of educating 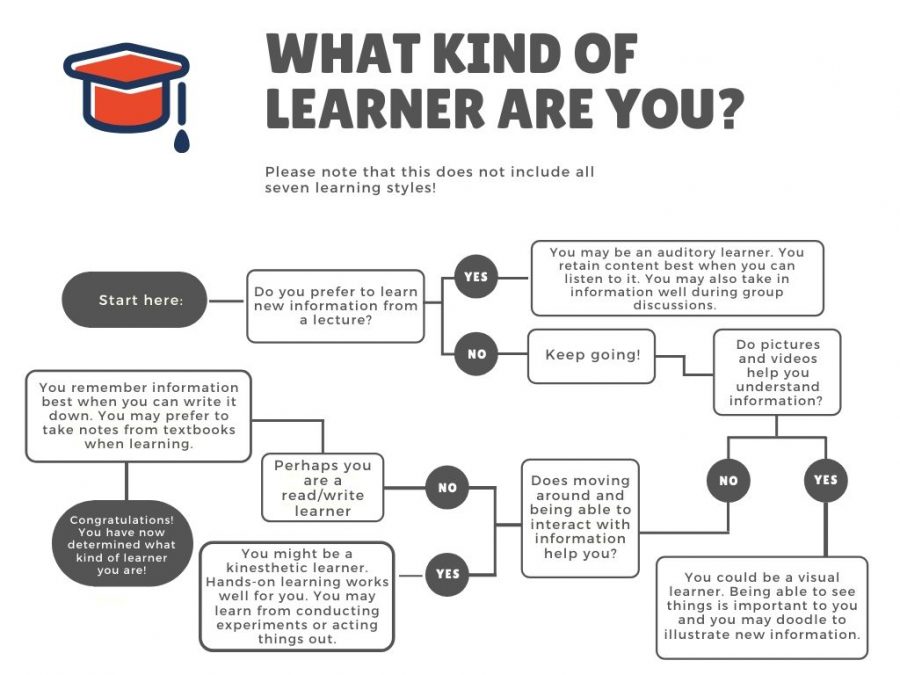 It is true that learning varies from person to person. Some students need to see pictures and charts in order to absorb information while others are able to get all the information they need by sitting down and listening to an hour-long lecture. There are around seven different learning styles: visual, auditory, kinesthetic, read/write (linguistic), logical, social and solitary. Though these styles are debated today, they represent how subjective learning is. Given the massive number of classes offered at school, it is reasonable to think that some classes are taught in non-traditional settings, allowing students to find one that works best for them.

Students know the traditional classroom to be one where they are taught face-to-face and have regular tests and quizzes, plus occasional lectures. There are grades for anything from participation to completion, with tests being weighted most heavily. While there is nothing wrong with teachers favoring the traditional classroom, it does not suit every student’s learning style.

Ms. Silke Reeves, the school’s German teacher, has adopted her own spin on the traditional classroom. Due to the small number of students who take German, Ms. Reeves has all of the German levels in a single class and teaches all grades. For each level of German, one-third of the class curriculum is administered through a Canvas course. Ms. Reeves comes in every other day so when she is out of the building students work on assignments and interactive activities posted in Canvas.

However, when she is at school, Ms. Reeves enjoys having all of her students in the classroom use German when interacting with each other. She will give all of her students the same discussion topic such as politics in Germany. She then rotates between students, allowing the different levels to converse with each other. Ms. Reeves finds that using the language is one of the most effective ways to learn it.

“I always try to have some speaking in each class time because that is something [my students] cannot do alone,” Ms. Reeves said. “The speaking is really the one thing where they are viewed as a team.”

English teacher Mr. Richard Greene also believes that having discussions in class is beneficial for his students to learn. Mr. Greene teaches freshmen through juniors and structures his classes so that nearly all work is completed in partners or small groups, helping students learn how to interact with one another. This is supposed to model what they would have to do in the real world. Ultimately, Mr. Greene wishes for his students to be intrinsically motivated to learn and succeed.

“I learn with my students,” Mr. Greene said. “My goal is not just to show them information, and not just to give them knowledge. I don’t think I can give any student knowledge, I think they come to that knowledge on their own, and more importantly, collectively.”

Mr. Greene finds that allowing students to gather ideas from each other is one of the ways they can learn effectively as humans are naturally inclined to work in groups. As much as he enjoys lecturing, Mr. Greene believes that encouraging students to voice their thoughts during a lesson is essential.

“I would much prefer to lecture,” Mr. Greene said. “I could put together a lecture on morphemic analysis–I’m actually using a little bit of a lecture technique today–but it’s an interactive lecture. I call on people, they give input [and] they can ask questions.”

Students, such as sophomore Mary Superata and junior Mattie Nguyen, find that having an open dialogue in the classroom and real-life application to what they are learning are very beneficial.

Superata also describes herself as a kinesthetic learner, someone who learns best when they can interact with the class content. She finds that changing the learning environment keeps her engaged, such as in her history class last year where all of the students would go out to the courtyard for seminars.

Nguyen considers variety in a classroom to be what makes learning very engaging. He has a preference for classes that allow for personal input as he is most able to retain information from class discussions.

“I really do enjoy the humanities and kinds of things where [topics are] more arguable, because in that way you can kind of form your own opinions about things and learn as an individual,” Nyugen said.

Though students take many classes throughout their four years at the school, some of which may not be to their preferred learning style, it is important for them to learn to advocate for themselves and reach out to others when they need it.