The Mandalorian returns: does it hold up? 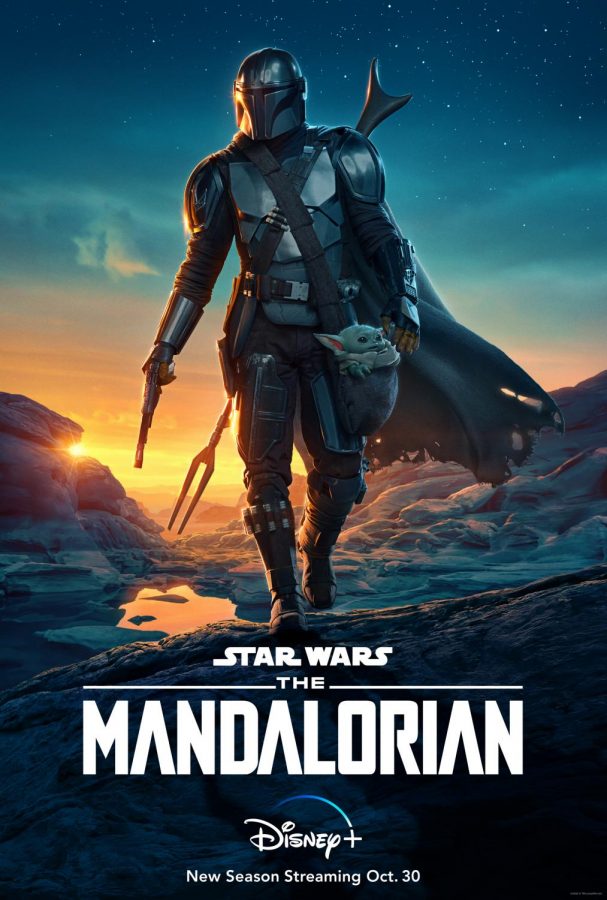 Season two of the acclaimed Disney+ series “The Mandalorian” premiered its first episode on October 30, with audiences in high anticipation due to the excellent reception of its first season. As of December 18, all eight episodes of the season are available to subscribers of Disney+.

The season begins promptly where the previous season left off, and now the eponymous Mandalorian is seeking to reunite the Child (better known to fans as Baby Yoda, with his name revealed to be Grogu) with the Jedi, who can train the Child in the ways of the Force. To accomplish this, he seeks the assistance of other Mandalorians, who have been living in self-exile across the galaxy after the Galactic Empire laid waste to their homeworld. In his way is a faction of the defeated Galactic Empire led by Moff Gideon, who also seek to obtain the Child for their own nefarious purposes.

This season expands the world built by the previous season, while introducing “The Mandalorian” viewers to the greater world of Star Wars. To this end, the show introduces characters from other Star Wars series and films, including Bo-Katan Kryze and Ahsoka Tano from the animated series “Star Wars: The Clone Wars” and “Star Wars Rebels,” both produced and partially directed by “The Mandalorian” producer Dave Filoni, and Boba Fett, previously seen in both the original trilogy of Star Wars films as well as their prequels. However, it is rather difficult to determine whether these familiar faces are here to serve as connections to the rest of Star Wars, or an attempt to attract fans of the shows and films those characters hail from. For instance, most of these characters appear for only one episode, and then return for the season finale, giving the feeling of not using them to their fullest potential as fan favorites. Given Filoni’s role in popularizing the shows from which they hail, it seems like there could be more to come from these characters in future seasons, to make the most of their appearances. In  addition, some characters who appear will be branching off into their own spin-off shows, which will use plot points previously hinted at in “The Mandalorian.”

Other familiar faces from season one also return, including Greef Karga and Cara Dune, who get their own time in the spotlight, and Fennec Shand, an assassin Mando previously hunted in the deserts of Tatooine. These characters have their backstories expanded upon, have increased character development during their screen time, or a combination of the two. For example, Cara Dune’s backstory as a Rebel shock trooper provides for character development, in which she is given the opportunity to work as a marshal for the New Republic. Following the liberation of the planet Nevarro at the end of season one, Dune becomes the marshal of the main outpost on that world and now has to debate rejoining the New Republic or staying on the sidelines from the galactic stage as she has spent the last few years doing.

Unfortunately, though the quality of the season holds up well to its predecessor, season two is not without its faults. Some of the episodes lack the meaningful character development or plot progression other episodes in the season do have, instead opting for a standalone adventure with little overall impact on the story of the show. The worst offender of this is the second episode, in which Mando ferries a woman of a frog-like species to her homeworld in exchange for information on finding other Mandalorians. Initially, two Republic police officers who try to stop Mando are given the spotlight, trying to show how the new government is both official in its presentation and yet not as imposing as the Empire. They are all but forgotten after this episode. Likewise, the frog woman, who is essentially Mando’s goal for the episode, initially seems like she would be a recurring character, given how much attention is placed on her. Instead, she only appears for two episodes and never again. It feels off to have a more overarching story be presented as the format of the season, only to be given something that feels like it serves simply to pad out the runtime. The good news is, the show’s slow start progresses into a story worth watching, thanks to its excellent character development.

Though season two of “The Mandalorian” begins with somewhat of a slow start, it transitions quite well into a show worth watching. Its attempt to introduce the world of the show into the greater Star Wars franchise ultimately succeeds, and with a third season confirmed to be in production, fans of the show have more to look forward to in the future. In the meantime, season two is absolutely worth the viewer’s time.