The 2014 Election in Retrospect 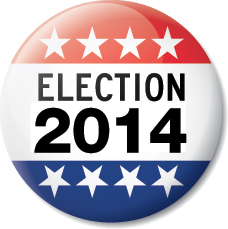 By now, it is common knowledge that Republicans were the winners on election night on November 4. They took control of the United States Senate, increased their number of governorships and increased their majority in the House of Representatives to levels not seen by Republicans in over half a century.

Not only did Republicans win on Election Day; they won in larger numbers and by more votes than anyone was reasonably predicting. Republicans won toss up Senate races in states like Arkansas, Georgia and Kentucky as well as in bluer states such as Colorado, Iowa and Maine. They also came much closer than predicted to winning in Virginia and New Hampshire, both states that twice supported Barack Obama during presidential years.

In addition to winning the Senate majority through that strong showing, Republicans also held onto governorships in Florida and Wisconsin and even captured seats in deep blue states like Illinois, Maryland and Massachusetts.

Although historical perspective prevents us from using any of the hyperbole used by pundits to describe the election results, make no mistake: Republicans are going to enjoy their next to years in Washington far more than Democrats.

Republicans did not find all the statistics agreeable on Election Day however. Turnout was historically low: just 36.4 percent of eligible voters participated nationwide in the election, meaning that it will be harder for the GOP to claim that voters handed them a mandate when less than half cast ballots. Republicans are partially responsible for this reduction in turnout, as dozens of Republican-held legislatures have passed laws making it more difficult to obtain the I.D.’s accepted at polling places supposedly to combat voter fraud, a phenomenon experts say is virtually nonexistent. Opponents of the laws say that they are designed to suppress turnout among minorities and the poor, groups that are both less likely to have acceptable identification under the law and are reliably vote for Democratic candidates.

Controversial voter I.D. laws were not the only suppressants of voters during this election cycle however. Some voters no doubt stayed home because of their disillusionment with both major parties. Congress, which has been unable to pass major legislation for years because of partisan bickering, has an approval rating of just 12 percent. President Obama is in a slightly better position but still underwater, with 42 of percent of Americans approving of his job performance. With the country’s leaders seen in such a bad light by many people, some may have simply disliked their options and chosen not to participate.

Looking forward, the election is unlikely to give national Republicans any significant advantage, since President Obama will still be able to veto any legislation he takes issue with, and Republican majorities in Congress are not large enough to summon the 2/3 supermajority needed to override such a veto. Indeed, the election seems to have emboldened the Obama administration to more aggressively pursue a progressive agenda as the president looks to cement his legacy.

It was widely known that Obama pulled back somewhat on his promise to bypass obstructionist Republicans in congress through use of executive orders during the election cycle in order to protect Democrats in swing states where he was unpopular. The Democratic Party hoped that by doing this, they could minimize the influence Obama’s unpopularity had on those close races and better their chances there. This strategy failed, however, as Democrats in swing states lost elections for the most part, and Obama’s lack of action on issues near to the hearts of liberals suppressed turnout among Democrats, allowing Republicans to pick up seats in states like Maryland and Massachusetts.

Obama, seeming to realize that his party lost touch with its core constituencies in 2014, has signaled that he will now fulfill that promise, most notably by planning to sign an executive order that could protect upwards of five million undocumented immigrants from deportation. The president also seems ready to take executive action protecting the environment. On a recent trip to Asia, he negotiated a deal reducing emissions between China and the United States, snubbing conservatives who argued that climate reform in the U.S. was useless without similar action by China.

Republicans have issued foreboding warnings to Obama to avoid such sweeping executive actions, which they claim are unconstitutional without congressional approval. However, without help from courts who have so far been unreceptive to Republican claims, they have virtually no options to stop him, short of shutting down the government and again risking the ire of voters.

Conservatives may have bigger problems on the horizon than halting Obama’s progress. If the more extreme elements in the Republican Party react rashly to Obama’s actions on immigration, they risk ruining their party’s chances of expanding their appeal among Hispanics in coming elections. Republicans also need to demonstrate their ability to govern to improve their dismal approval ratings among the population as a whole, as they could easily lose control of Congress again without doing so.

Republicans may have won big in 2014 by turning out their base, but the nation’s demographic trajectory has remained constant. The party still faces a dire future without an expansion of their appeal.