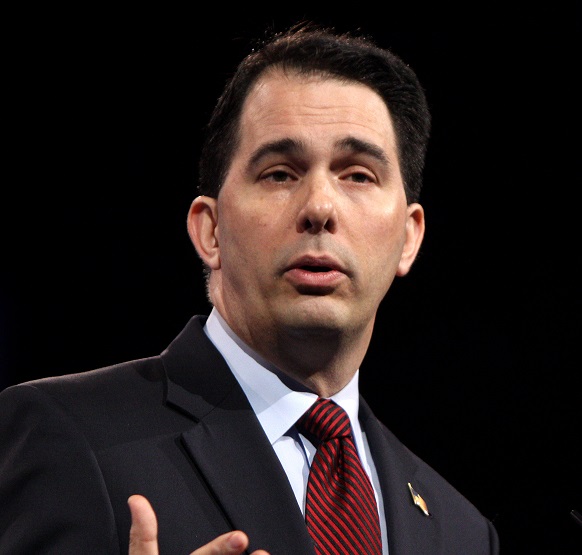 On Monday, September 21 in Madison, Wisconsin, governor Scott Walker announced that he has dropped out of the presidential race. This is mainly due to a lack of funding for his campaign and poor poll numbers.

Walker, who was projected as being one of the frontrunners in the Republican party, did not get one percent of the voters in a poll done by CNN the day before he dropped out. This was after leading the GOP field with 17 percent of the voters in his favor in July. “I think people were disappointed with his debate performances,” freshman Will Carlson said, a member of the Young Republicans club.

Along with Walker’s rapid decrease in poll numbers, his campaign also had money issues. As poll numbers dropped, Walker faced a large, sudden drought in donations. “He was good at raising money,” Kevin Phillips said, an AP Government teacher. “So I think that’s kind of showing already that money isn’t quite what it used to be.

However, money was not just started to become a problem. Walker had to delay entering the presidential race until July 13 because he needed more money for his super political action committee (PAC). The super PAC raised $20 million for his campaign, which turned out to not be enough, even with donations.

Some of Walker’s supporters have already found a new candidate to support. For example, Marco Rubio, a Senator from Florida, has received the support of Walker’s organizers in South Carolina, along with some of his key activists in Iowa. “I think Marco Rubio is the only strong establishment guy,” said Phillips. “He can talk, and he’s funny, he’s fresh, and he’s the only one with real ideas that appeal to regular people as well as the party.”

Other candidates, including Rubio, have moved to the top of the pack on the Republican side of the presidential election with Walker’s fallout. Candidates, like Donald Trump, Ben Carson and Carly Fiorina have also found success in the polls. Trump has shown consistency, being at the top of each poll since the September 12-16 Reuters/Ipsos presidential poll.

As time passes, polls change, money lessens and more candidates will eventually drop out, leaving the top candidates the chance to win the elections in November, 2016. As Stephen Colbert put it on The Late Show, the presidential race is like the Hunger Games, “hundreds of millions of dollars are going to be spent, and four years from now, there is going to be another one.”