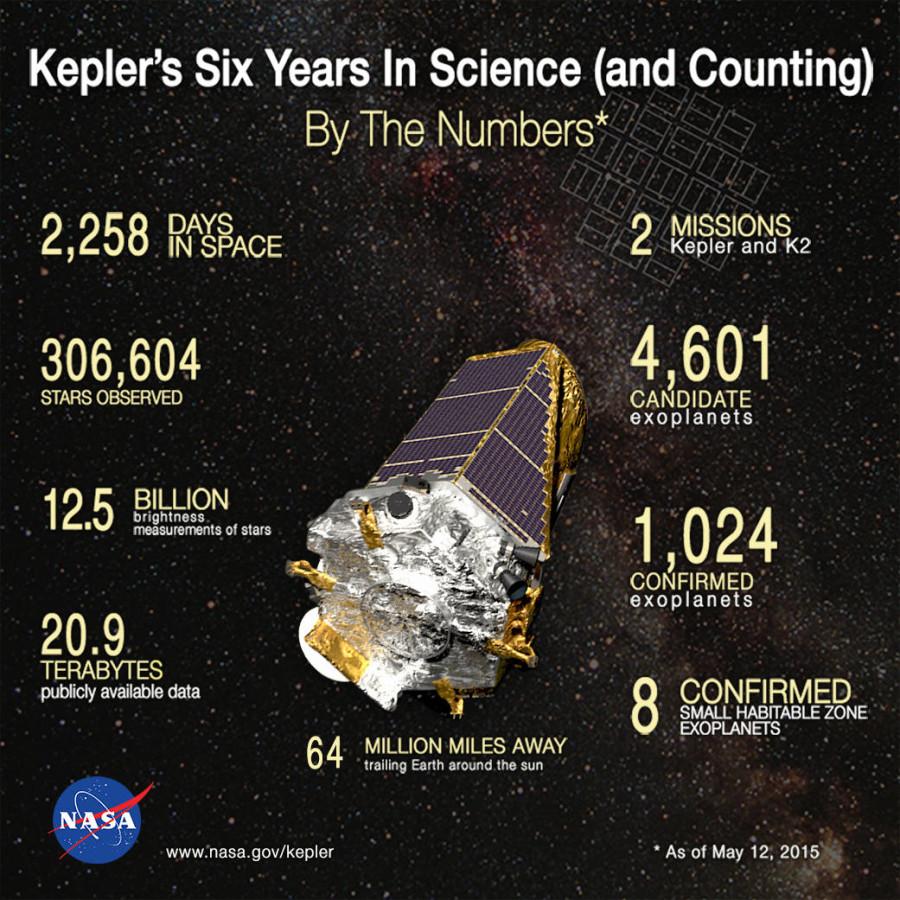 What the Kepler Space Telescope has accomplished during its lifetime in space.

The primary objective of the National Aeronautics and Space Administration (NASA) Kepler Mission was to locate and observe Earth-like bodies beyond our own solar system. This is the same mission that discovered the exoplanet Kepler 452b in the Kepler system, now known as Earth’s larger, older cousin. Among the more than 150,000 stars observed outside the Kepler system, KIC 8462852 has drawn a great deal of attention for its strange behavior: first and foremost, its large number of orbiting matter.

In 2009, the Kepler Space Telescope turned and focused on a 100-square-degree area of space between the constellations Cygnus and Lyra. There, it watched the star KIC 8462852 for four years, measuring the changes in its light and sending data back to Earth.

When a celestial body passes between a star and Earth, scientists who observe that passage can record the change in the light and make educated guesses about how many exoplanets a star may have, as well as how long their orbits are. “We can’t see distinct objects if they’re far enough away,” said Ms. Christy Scott, a physics and astronomy teacher at the school. “All we observe is a star that’s getting dimmer and getting brighter. A planet spinning around it does make a lot of sense, and that’s usually what we lean towards saying.”

What makes KIC 8462852 so scientifically significant is the amount of matter that appears to be passing in front of it, in conjunction with the star’s age. The light patterns observed by the Kepler Telescope indicate that there is a large, dense cloud of matter orbiting the star. As time passes, these clouds are typically either absorbed into the star or condensed into planets by the star’s gravity. The presence of a large debris cloud is common, but only around young stars. However, KIC 8462852 appears to be a mature star. “My initial thought about this mass that’s not forming into a planet would be that there’s another massive object farther away from the star, causing this gravitational tug that’s keeping it from forming a planet,” said Ms. Stephanie Sarmiento, an Earth-Space Science teacher at the school. “This is a current theory for why we have the asteroid belt. It’s located in this resonance position with Jupiter where Jupiter’s tugging on it in one direction and the sun’s tugging on it from the other, so all those objects in the asteroid belt were not able to form into a planet.”

While the Kepler Telescope was watching KIC 8462852, the amount of the data it returned made it inefficient for scientists to review, so they turned it over to Planet Hunters, a group of “civilian scientists.” Supervised by Yale postdoctoral student Tabetha Boyajian, Planet Hunters are volunteers with backgrounds in science who review light curves, which are representations of the changes in light from stars out in space. They talk and analyze light curves to produce exoplanet candidates for examination by scientists at NASA. This gives NASA an idea of where to look closer while hunting for Earth-like exoplanets. Earth-like planets have the conditions of Earth, which simply means they exist in the “Goldilocks zone,” the proper distance from their star so that the temperature is correct for life as we know it. While reviewing the data from the Kepler Telescope on KIC 8462852, many Planet Hunters flagged it as “interesting” due to the changes in the light curves they examined that showed a large amount of matter in orbit.

There are several possible explanations for the strange behavior of the KIC 8462852 system that have been proposed by Boyajian, although she believe all of them have some sort of fault. According to Boyajian, only one has any real likelihood of being the explanation and it would be an enormous coincidence; if another star had passed through KIC 8462852’s system and dragged along several comets, they could have produced a dimming pattern like the one observed by Kepler. However, it would have had to pass through within the last few millennia, before science advanced enough to send telescopes into space. “We’d never seen anything like this star,” Boyajian said in an interview with The Atlantic. “We thought it might be bad data or movement on the spacecraft, but everything checked out.”

Jason Wright, a Pennsylvania State University astronomer, believes the light pattern could be indicative of a “swarm of megastructures” possibly built by an alien species. For example, Wright believes they might be solar energy collectors built to orbit the star and produce energy with which to power an advanced society. Wright, Boyjian and Andrew Siemeon, director of the Search for Extraterrestrial Intelligence (SETI) Research Center at the University of California, Berkeley, are writing a proposal to further the study of KIC 8462852. They want to point a large radio dish at the star to examine any unusual frequencies emitted by the system. If anything promising shows up, they plan to follow up with an examination by the Very Large Array (VLA) in New Mexico, a set of 27 linked satellite dishes used by scientists to listen to deep space.

A discovery like this is unprecedented and scientists believe that even if there is a non-alien explanation, the star will yield much information about the behavior of the universe. “When [Boyajian] showed me the data, I was fascinated by how crazy it looked,” Wright said in an interview with The Atlantic. “Aliens should always be the very last hypothesis you consider, but this looked like something you would expect an alien civilization to build.”