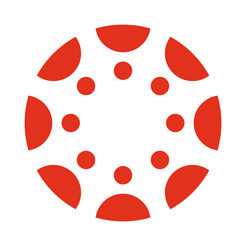 The school adopted Canvas as its online education platform of choice at the start of the year. The site tells teachers when students leave the page during a test or quiz.

Recently, teachers at the school have learned that students have been cheating on tests administered through Canvas by searching for the answers on their computer, which has been used more and more often since the beginning of the year. Included in the site’s features are the quiz logs, which show teachers when students answer each question and when they stop viewing the test. The site notes that the test was no longer being viewed when a student opens a new tab or is inactive in Canvas for more than 30 seconds. “One class had nearly half of the students showing at least one clear instance of cheating on a portion of the last test,” Dr. Margaret East said about a recent Advanced Placement (AP) Government test. “About  one quarter to one third of the students in my other two classes cheated.”

Teachers have identified several reasons for the cheating problem.  One is the level of intra-student competition, where students feel pressure to do as well as or better than their peers. “I felt sad that you felt such competition with each other that you actually judged your success and self-worth based upon how it stacks up against what others do,” Dr. East said. “The amount of questions I hear like, ‘what did you get?’, ‘how did you do?’ after tests is crazy.  This level of one-upmanship is disheartening.”

Academic cheating has also been attributed to the pressure many students feel to get good grades, and the concern over what could happen if someone were to do badly on an assignment or test. “Many of you bought into the total fallacy that the loss of a few percentage points on one test was going to disastrously affect your entire quarter grade, your year grade, your chances to get into college,” Dr. East said. “There are plenty of chances to improve from one assignment/test/project to the next, and the rest of those worries are nothing but extreme hyperbole compounded by high parental expectations.”

Many students attribute the problem to academic pressure and busy schedules. “I think students cheat because they think they can get away with it and because they may not have had time to study well due to extracurricular activities and they know that they need a good grade in the test,” sophomore Michaela Liddle said.

Teachers hope that by telling their students about the quiz logs, cheating will decrease and students may prepare more for tests rather than relying on the idea that they can look up answers if they need to. “I think now that students know they can get caught they will not try it again the same way,” sophomore Nora Fischer said.

If the problem of cheating on Canvas tests persists, there are other digital testing programs that can be used. “As a person who has used Canvas, it is a pretty convenient tool for tests, but it makes it too easy for students to cheat,” Liddle said. “If the school is dealing with a big cheating problem, they should have teachers who use Canvas switch to using PowerTest because it does not  allow the student to leave the site unless they have finished the test of if they exit the program entirely, which the teacher sees.”

Teachers who encountered the problem often held whole-class discussions about the importance of academic integrity. “I also think some students were a bit shocked about how open I was about how their behaviors had made me feel and how worried I was for them, their morals, and their future,” Dr. East said. “We talked about breaking trust and rebuilding trust and being better people, not simply better students.”