The trouble with construction 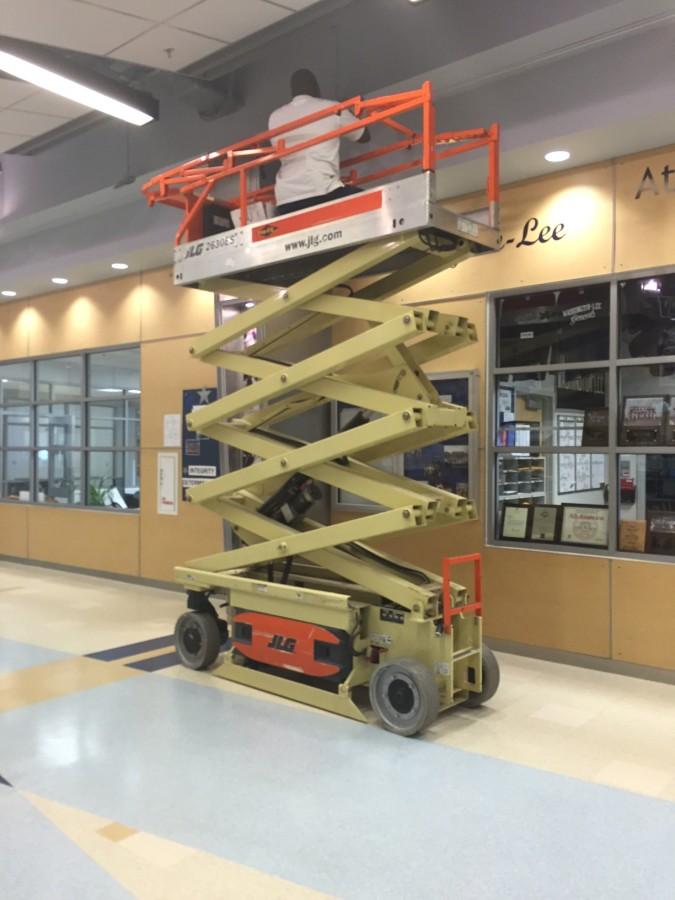 Major renovations have occurred in Washington-Lee High School’s more than 90-year history, including the renovation that took place six years ago to build a larger, more environmentally friendly school. This past summer, however, more renovations have taken place to accommodate the massive freshman class of 654 students. These changes include downsizing the library to create more instructional space and repurposing empty spaces throughout the building. “I’m sad we lost part of the library,” said French teacher and world languages department chair Danielle Karaky, “but the new construction is creative.”

According to local news website ARLnow.com, the new building renovations will cost the county $5 million. This is a small sum compared to the staggering $557 million budget that Arlington Public Schools has to utilize. “As long as these renovations are useful and lasting, I think it’s a worthwhile investment,” senior Ian Crovella said. “I understand that there were problems with fitting all these students into the school, and I think that although the renovations might be expensive, they are useful in calming the issue for now.”

The majority of the construction around the library has been completed, including lowering the ceiling for a larger classroom on the third floor, turning the teacher’s lounge adjacent to the space into a classroom and taking space away from the library to make more classrooms. Some renovations, however, are still being worked on throughout the building. The second, third and fourth floors all have places where things are being refurbished, including the spaces with the large windows that face out onto the parking lot. These areas won’t be completed until December.

“Sometimes I do hear [the renovations being worked on] in class, and it’s pretty loud,” sophomore Robby Gessel said. “It can be distracting.” While the noise is a problem that comes with the construction, it is not the only thing that is somewhat bothersome to students. “[The renovations] aren’t really that distracting,” freshman Jack Hughes said. “But sometimes there are some bits of construction equipment in the halls, which is a bit of a nuisance.”

The pool of people who were asked about the renovations seemed to be indifferent towards the school’s expansion, but if these small distractions become larger, it could mean more chaos among the students and more contention against the slow-moving construction. The question is, why are these renovations taking so much time to complete?

Although these renovations may feel a little distracting, there is a silver lining: more students are coming to learn at W-L. “Of course I’m excited [about this year],” Karaky said. “I am so happy we have a larger number of kids, and I’m so excited we’re growing.”