Should public servants use social media? 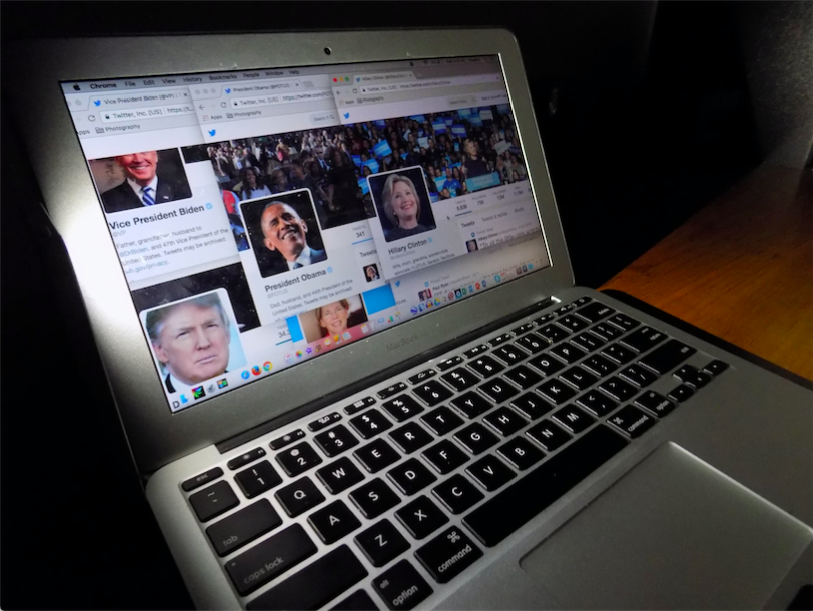 Modern technology has become a growing platform for figures of authority for a long time, but especially after an election season so involved with social media, politicians are getting more and more aware that using social media can be a viable way to reach out to the common people.

Most prominently, president-elect Donald Trump has been a heavy user of Twitter during the election season. Whether it was to deliver jabs on his opponent Hillary Clinton, give his supporters details on upcoming rallies or just express his thoughts about political happenings, Trump took advantage of the site frequently.

In fact, Trump has continued his heavy use of Twitter even after winning the election. He has used the last few months to denounce Hamilton the Musical and Saturday Night Live as well as to convey the benefits of the changes his administration will make relating to healthcare and the economy. “I think that the fact that I have such power in terms of numbers with FaceBook, Twitter, Instagram, etc. helped me win all of these races where they’re spending much more money than I spent,” Trump said on CBS’ 60 minutes.

Although he may be one of the most well-known politicians who is vocal on social media, Trump certainly is not the only one who sees the merit in this growing platform. Many other politicians across the political spectrum are also very active on Twitter or other forms of social media including Sen. Elizabeth Warren (D), Gov. Chris Christie (R), Speaker of the House Paul Ryan (R) and many more. “Hello, Twitter!” Barack Obama tweeted on his presidential account, officially becoming the ‘first tweeting president.’ “It’s Barack. Really! Six years in, they’re finally giving me my own account.”

However, despite the fact that there are many politicians and political advisers who value the benefits that using social media platforms gives, there are people who do not endorse this behavior. A large portion of these people believe that politicians cannot use social media and at the same time carry out their jobs properly and responsibly.

Especially when it comes to the president-elect Trump, who has on multiple occasions tweeted very controversial things, critics worry about whether he will ever be able to truly act presidential if he keeps up his Twitter use. “Twitter can be a power tool in terms of outreach,” U.S. government teacher Daniel Moses said. “But I, personally, am not a fan of it because I don’t think it lends itself well to the nuances of complex thought processes, and you get these short, how-ever-many character statements that can be inflammatory at times and don’t ever capture the complexity of really important subject matter. I don’t see it as a positive trend.”

As well as these two binary perspectives, there is also a growing number of people who feel that social media can be a powerful tool for figures of authority, but they are not currently using the tool correctly. Politicians either go overboard, like Trump, or don’t use their social media to its full potential, like every other politician. “Rather than using Twitter to establish a two-way dialogue which bypasses the media and provides a direct connection with citizens, politicians merely reinforce the existing old media model of one-way communication and sound bites,” Ali Stoddart wrote in a popular article on DemocraticAudit.com. “Politicians should try and find a middle way between disengaging broadcast methods of communication and unrealistic notion of constant direct engagement.”

Whether you believe that politicians and other figures of authority using social media is a good idea or a bad one, it certainly has room for improvement, as the campaign shows. As both technology and social media are moving forward so fast, it can be difficult for people to gauge how these tools can be better utilized.

In this quickly-advancing world, whether we are moving in the right direction or not, it is important that we address social media as a real concern, because it truly is becoming a critical factor in politics and every other realm of life. “I think the most important thing is that if a politician or somebody in power puts out a message to the world on social media, that needs to be their official message,” Mr. Moses said. “They should no longer be able to just backtrack from it and pretend that they were just testing the waters. Social media turns their messages very real, and politicians need to recognize that.