Journalism in the time of Trump 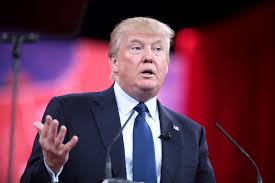 Relations between the White House and news media have never been fantastic.  Journalists have, much to the dismay of the government, endeavored to share news with the public as soon as possible, while politicians may prefer to keep such events or ideas private for longer.  However, there has always been at least a minimal level of communication and understanding between the press and the office of the President.  These characteristics are so far lacking from President Trump’s administration, as he has has attacked and criticized the media on more than one occasion.  This toxic relationship cannot be allowed to continue, and interactions between the two groups need to improve.

On January 21, Trump’s first full day in office, he addressed the crowd sizes at his inauguration saying, “Honestly, it looked like a million and a half people…. And it [an unnamed news network] showed an empty field.  And it said we drew 250,000 people.  Now, that’s not bad, but it’s a lie.”

While without a name for the news network there’s no way to confirm exactly what they said, aerial images show a stark difference between the crowds at Trump’s inauguration and that of President Obama.  It is important to note the fact that The New York Times reported that people were still entering Trump’s inauguration up until his address.  It is also important to think about the perspective, since images from the Capitol, where Trump was standing, appeared to show a much larger crowd.  He jumped to conclusions and attacked the media for under-reporting crowd sizes over a basic misunderstanding, and even if it felt like a personal attack, it’s not a responsible course of action for the President to take. This demonstrates a lack of trust and communication between the office of the President and the press.  Although trust may be out of the question, communication between the White House and the media should not be unheard of.

In the same speech to the CIA, Trump said: “… as you know, I have a running war with the media.  They are among the most dishonest human beings on Earth.”  As the President of the United States, he cannot afford to have such a toxic relationship with the press.  Regardless of his opinion of the media, it will report the news because it is their job to do so, and he needs to understand that.  Calling them names will not do anything other than worsen the already decaying relationship between the two factions.

Trump has also blatantly denied facts on more than one occasion.  During the campaign, fact-checkers began to gain slots on the nightly news, although it is important to note that they also fact-checked Hillary Clinton, but corrected her claims on a less frequent basis.  They would go through statements the candidates made and tell viewers what was true.  When Trump was confronted about his false facts, he would react negatively, as if the fact-checkers were dragging his name through the mud.  He would stick to his story no matter the facts, as if he were determined to dig himself into a deep hole.

George Stephanopoulos, Chief Anchor and Political Correspondent for ABC News,  confronted Trump about a statement he had made earlier about the terror attacks on 9/11, that said: “I watched in Jersey City, New Jersey, where thousands and thousands of people were cheering as that building was coming down.”  Stephanopoulos brought up the absence of any facts that supported the then-candidate’s argument, even mentioning how, “… the police say that didn’t happen, and all those rumors have been on the Internet for some time.”  Trump remained adamant that he had seen it and that it had occurred, even though his claim was entirely unsubstantiated and had absolutely no basis in established facts.

Such actions make it seem as if he was determined to create a negative relationship with the press.  He spit in the face of facts and brushed off what reporters said, regardless of whether or not they were right.  Simple misunderstandings and matters of perspective, such as the aforementioned debate over crowd sizes at the inauguration, could have been talked over by both involved groups.  Rather than handling such events in a mature, responsible manner,perhaps issuing a statement or looking at images to understand the different visual perspectives from the event, Trump called the report a lie.

He has acted as if the media is nothing more than insects under a boot, but whether he likes it or not, they are the primary method of spreading information around the country.  News outlets like The Washington Post and CNN provide multimedia access to international events and keep people across the country informed about what is going on around their world, and they are going to continue providing the news to those who want it because that is their job.

The importance of communication between the office of the President and the press cannot be understated.  The two are supposed to be able to cohabit the same circles, with the media reporting on political affairs.  That is nowhere near the relationship so far between the Trump administration and the media.  Interactions between the factions have been hostile and overwhelmingly negative since the campaigns.  Trump has called reputable news outlets “fake news”, denied solid facts and jumped to conclusions in order to accuse the media of lying.  If Trump continues to defend false facts and bombard the media with undue criticism, this relationship will only worsen, and this cannot be allowed to continue for the next four years.  He cannot manage to get along with even the media, and yet he  will have to get along with foreign diplomats and the engage with the rest of the world.  The President and the press will have to work closely together, like they always have, because it is the job of the latter to report on national affairs.  They are going to be interacting a lot over the course of the administration, and if he is not able handle being confronted about things that he has said, then this relationship will continue to deteriorate until it fails completely.