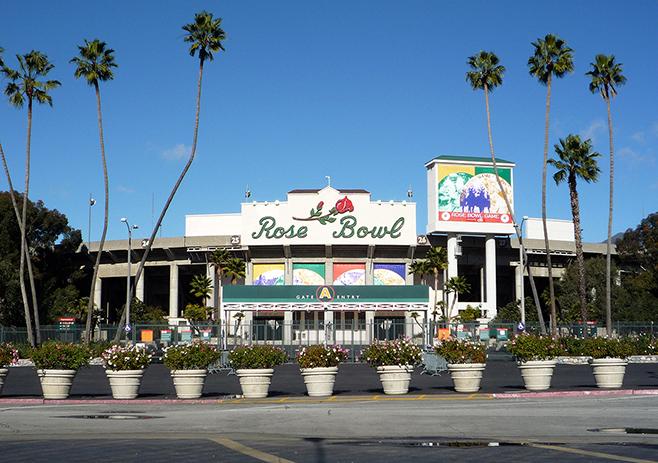 The bowl season had a solid start on December 19, with good performances from schools that generally do not impact college football because both teams played in the weaker Division 1 conferences. The day was highlighted by Appalachian State’s unexpected comeback from 17 points down in the fourth quarter against Ohio University in the Raycom Media Camellia Bowl. The Mountaineers scored 29 points in the quarter and kicked a game winning of field goal as time expired.

That would end up being one of the more interesting games to watch out of all the bowl games. In the past, the New Year’s Eve and New Year’s Day games were on the top of the list of games to watch. However, those games turned out to be very lopsided and uninteresting.

Out of the eight games played on those two days, the average margin of victory was 27.25 points, which is just under a four touchdown difference. Bowl games, such as the Rose Bowl, Allstate Sugar Bowl and the College Football Semifinals were only worth watching if you liked watching one team’s offensive smackdown and another team’s defensive letdown.

The only reason to watch the Rose Bowl was to see Stanford’s sophomore running back Christian McCaffrey, who set a record this year for the most all purpose yards in a single season with 3496 yards. McCaffrey ended up breaking the Rose Bowl record for all purpose yards, accounting for 368 yards. Outside of McCaffrey’s performance, Iowa stood no chance to Stanford in a 45-16 game. After McCaffrey’s punt return at the beginning of the second quarter making it a 21-0 score, the game just looked like it would be ugly.

The Allstate Sugar Bowl between the University of Mississippi Rebels and Oklahoma State Cowboys went the same way: one player stood out while his team dominated the other. The Rebels’ junior quarterback Chad Kelly stood out among other players, totaling 375 yards and throwing for four touchdowns, three of which were to junior wide receiver Laquon Treadwell. In the end, the Cowboys did not have a chance after the first quarter, losing 48-20. This loss became Oklahoma State’s largest deficit in a bowl game.

Lastly, the biggest disappointment had to have been the two College Football Semifinal games. The Capital One Orange Bowl (first semifinal game) was a tale of two halves, the second one being the less interesting half. The Clemson Tigers faced off against the Oklahoma Sooners, with the Sooners being the favorite to win even though the Tigers were ranked higher.

The first half made the game look to be a tight one down the stretch, with Oklahoma’s pass game and red zone defense giving them the one point lead going into halftime. However, Clemson’s offense and defense exploded in the second half, outscoring the Sooners 21-0 in the second half. As a college football fan that wanted to see Clemson lose, it was hard to watch the fourth quarter as the Sooners tried to get back in the game just to get knocked down. Clemson ended up winning the game 37-17.

The second game of the College Football Semifinals was as ugly as ugly can get. The Alabama Crimson Tide ran away from the Michigan State Spartans and never looked back, shutting the Spartans out in a 38-0 game. Spartan senior quarterback Connor Cook had an extremely poor game, throwing two interceptions and receiving a Quarterback Rating (QBR) of 19.8 out of 100. The score itself says a lot about how uncompetitive and boring this game was.

Even through all this bowl game misery, there is always a bright side. The most interesting out of all the bowl games had to be the College Football National Championship game between Alabama and Clemson. The game was evenly matched throughout, with the largest lead being a 12 point Alabama lead with a minute to go in the fourth quarter.

While both teams traded blows through the first three quarters, the fourth had the most drama. After Alabama tied the game at 24 with a 33-yard field goal, they pulled a surprise onside kick, recovering the ball at midfield. This would lead to a 51-yard touchdown pass from Alabama senior quarterback Jake Coker, giving the Tide a 31-24 lead. While Clemson tried to fight back, kicking a field goal on their ensuing possession, Alabama responded almost immediately. Senior running back and kick returner Kenyan Drake returned the Clemson kickoff 95 yards for the touchdown, securing the lead for good. Alabama would win the game 45-40, putting the game as one of the best College Football National Championship games ever.

Even though these bowl games were overall frustrating with offensive outbursts and struggles in the same game, it really does show the high scoring power of many teams in college football. However, as a college football fan with no specific team to root for (because the college team I like went 0-12), my overall impression of this year’s Bowl games were that they were a bust, outside of the championship game.