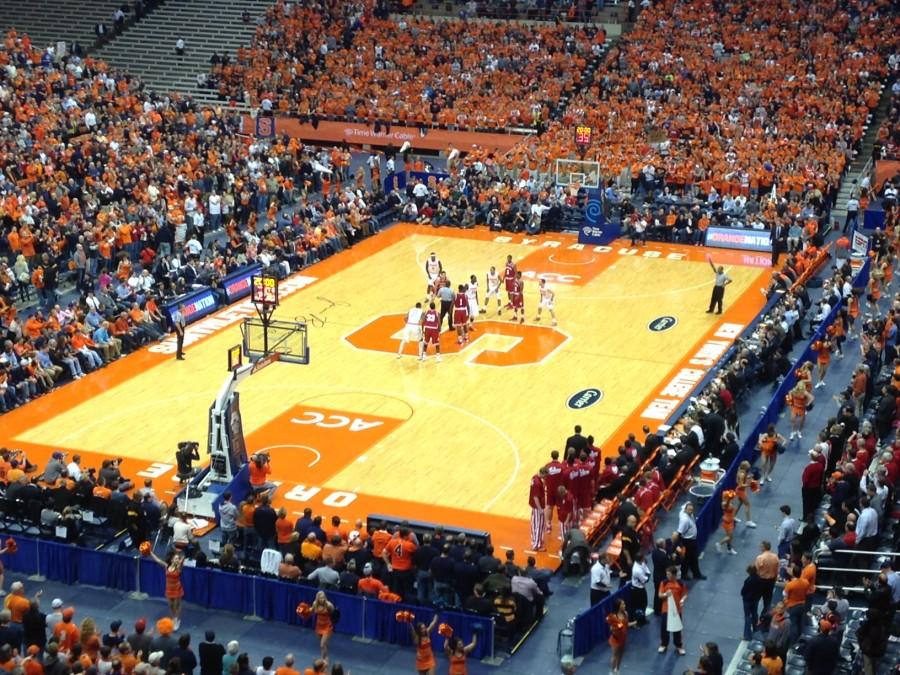 On March 13, people around the country were waiting to hear their team’s name be called, with players waiting for a once in a lifetime opportunity. Once the field was put out, there were some questioning the decisions made by the NCAA committee, including putting the Syracuse Orange in the field.

Syracuse entered the tournament with a 19-13 record, the most losses out of any at-large entries. The team had some solid results to boost their resume, including wins at Duke and at home against Notre Dame.

However, they had other games that brought down the strength of their resume. This would include losses to St. John’s, Pittsburgh (three times) and Clemson. The loss to St. John’s really brought their resume down because St. John’s went 1-21 after playing the Orange. “They lost to St.John’s,” CBS Sports Analyst Doug Gottlieb said. “No team should be in this NCAA Tournament that lost to St.John’s this year.”

With all those faults, Syracuse made it into the field of 68, to which Gottlieb reacted with an emphatic “what?” Since walking onto the court in St. Louis against the Dayton Flyers in the round of 64, however, the Orange have played like a whole different team. , Syracuse blew both the Flyers and the Middle Tennessee Blue Raiders out of the water in the second half, winning both games by a reasonable margin.

Their biggest game so far to show that this team is a legitimate contender to win the national championship would be their late comeback win against the number one seed, the Virginia Cavaliers. Syracuse was faced with a 16 point deficit early in the second half. Like they did in their first two tournament games, the Orange went off in the second half, outscoring Virginia by 20 points.

This win made the Orange the first ten seed to make it to the Final Four and the fourth double digit seed to do so. However, they ended up losing to North Carolina in the Final Four by a score of 83-66, ending an unexpected run in the tournament.