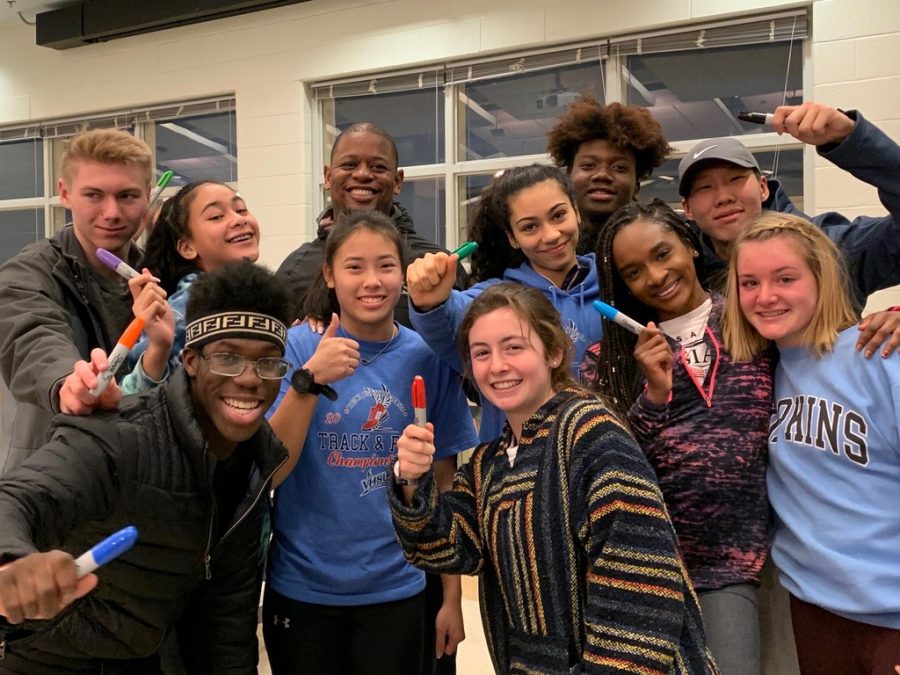 On December 9, it was announced that Coach Nate Hailey would be leaving the school to accept a new job as an athletic director at Wakefield High School. Coach Hailey has coached the indoor and outdoor track and field teams for the school since the spring of 2018. Many are heartbroken about his departure. During his career at the school, he has seen success with his athletes making it to states consecutively.

“I wish he wasn’t leaving, just as the rest of the team does, but I am happy to have had him as a coach for so many seasons and that he has been given a new opportunity that he deserves,” senior Camilla Regalia said.

Coach Hailey coached the events of sprinting, high jump, long jump and hurdling. He is a technical coach and focuses on form and helping students to become better runners both mentally and physically.

“Coach Hailey dedicates every single practice to perfection,” junior Bilguun Soronzonbold said. “He would critique every single movement and give tips on every single technical thing that we did during practice.”

Through his time coaching, he brought organization and discipline to the team. He helped the team break their losing streak at Districts and offered insights for students in other events in track and field to help them excel. “He brought the team to consecutive years of competing at states as well as other elite meets like Penn Relays,” Regalia said.

For many on the track team, Coach Hailey is a father figure. He has helped runners to achieve things they never thought would be possible and formed bonds with his athletes through his dedicated training. He never treats anyone unequally and always puts his athletes first.

“Coach Hailey is truly like a father figure to me and he has always been there no matter what, whether it was about track or not,” junior Yasmeen Tinsley said.

Before working with Coach Hailey, many students never had diversified in running different events or choosing more events. Tinsley and Regalia, for example, never would have chosen to run a 300 meter hurdle race, but once they started to get coached in the event, they improved quickly. For Tinsley, she was able to place third at States in the 300-meter hurdle race.

“He has helped me achieve things I never thought I would and I had been looking forward to going to nationals with him, but now I know I have to work just as hard without him to make him proud,” Tinsley said.

“Coach has improved every single track athlete, and I mean every single one,” Soronzonbold said. “ He pushes us to [become] stronger and to learn how to use our body efficiently. For example, me. He turned me from a sorry mess into the person I am today.”