The Symptoms of spoiled recruiting 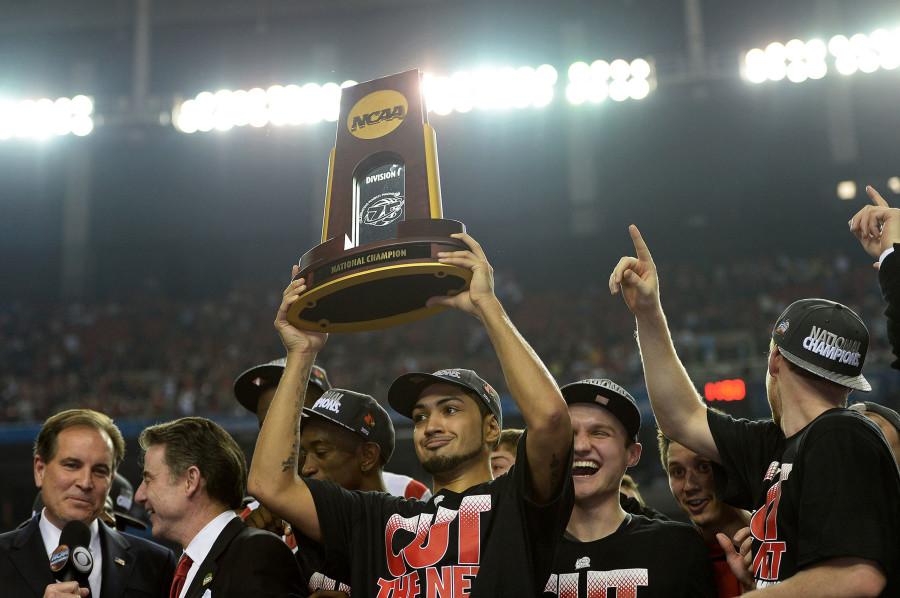 University of Louisville head basketball coach Rick Pitino addressed the media on October 20 over allegations that a former assistant had paid for sexual favors for their men’s basketball recruits. In an effort to lure the best basketball players in the nation to the program, Louisville’s allegation shocks many around the program. “I don’t know if this is all true,” Pitino said in a press conference. “There’s only one person who knows the truth and he needs to come forward.”

A former assistant allegedly paid for strippers for recruits, according to a new book released by a former “escort”. In the book, the escort tells of players being taken off campus to a dorm facility and being allowed to choose a woman to be with from 2010-2014. Deals with the women ranged from $10,000 to more for what were termed as “side deals.”

Other schools like West Virginia and Southern Methodist University to name a few have had recruiting violations. Whether it be paying for a player’s lunch or something more sinister, these violations provide an unfair advantage when allowed to carry on the illegal recruiting unmonitored.

High school juniors will not always act responsibly, making them vulnerable to offers not allowable under regulations. There are three factors that affect a program’s culture of recruiting, which can lead them down a path towards controversy.

The first is money. Many top programs have a blank check when it comes to their top athletic programs, so some expenditures do not affect the bottom line for expenses. More money can become a delusion as well as a driving factor to increase recruiting. The power of money and the ability to use it for scholarships or under the table offers can lure potential recruits in with no second thoughts.

The second is the lure of success. Winning is employment for coaches, depending on their success to keep their jobs. If they are expected to win, they will do whatever they can to achieve this.

This was the downfall for Southern Methodist. They began to win so many games that they believed they were above the governing body and recruited illegally. Their punishment: banned from postseason play for a decade. Unfair or not, the NCAA at the time rightfully set a standard for dealing with recruiting scandals for the future.

The third factor is the polarizing player market. High school recruits are increasingly being pursued in professional ways. Coaches fly across the country to see recruits with players holding their decisions on national television. The players make the team and win the games, so getting the best of them is becoming a highly publicized market.

The NCAA has set strict regulations on recruiting violations. However, they should be stricter, for a violation should suspend recruiting rights for a period of time. By suspending the lifeline of these teams, the faltering system can be revitalized.

The scandal that occurred at Southern Methodist destroyed their program. To this day, they have not risen to the success that they once achieved. There is a lot of unknowns about the Louisville case, but if true, heavy punishment must be handed down. The beast that is recruiting can unfortunately not be defeated, only tamed.