Should representation be that crazy? 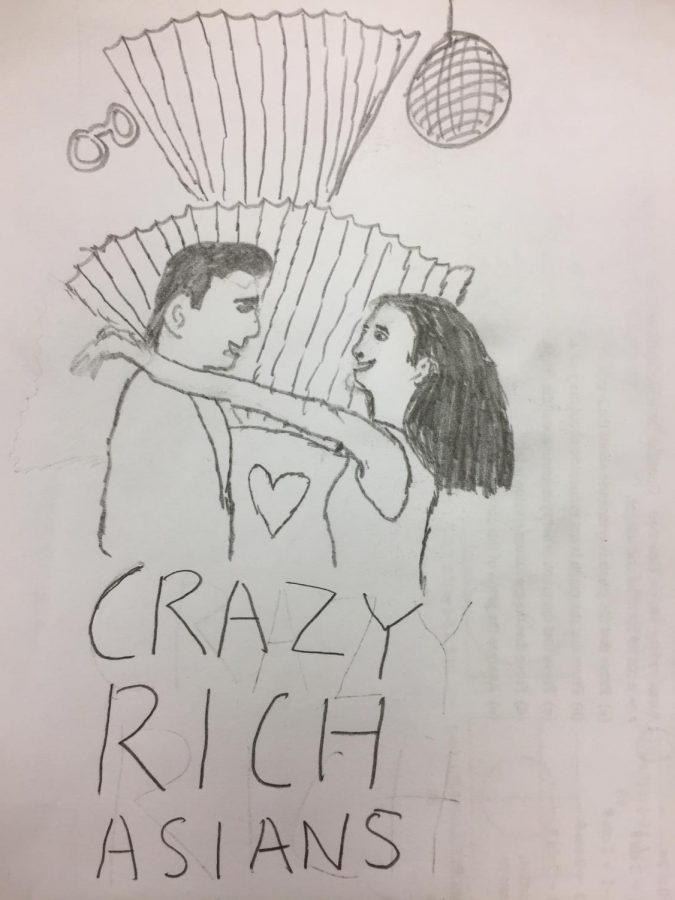 Crazy Rich Asians is the first major film to feature an all Asian cast since The Joy Luck Club premiered in 1993. Crazy Rich Asians had a hit opening weekend, making back its $30 million budget.

2018 has marked the release of some of the most inclusive movies that Hollywood has seen in a long time. While Ryan Coogler’s Black Panther presented an underrepresented black audience with the first-ever Marvel superhero that resembled them, Greg Berlanti’s Love, Simon told the coming-of-age story of a gay high-schooler and Gary Ross’ Ocean’s 8 featured an all female cast, quite a first for a thriller film of its caliber. Now, Jon Chu’s Crazy Rich Asians and Susan Johnson’s To All the Boys I’ve Loved Before, it seems that Asians have become the latest marginalized community to begin seeing some change as a result of their long fight for more representation in Hollywood.

In Crazy Rich Asians, a woman named Rachel accompanies her boyfriend, Nick, to his best friend’s wedding in Singapore, and subsequently finds out that he is a member of one of the richest families in the country. The movie steers well clear of overused tropes, instead driving the story forward using its unique, likeable characters and original humor.

To All the Boys I’ve Loved Before takes another route, telling the story of a girl, Lara Jean, who finds that each of the secret love letters she writes when she has a crush have been mailed to their recipients. It is easy for the audience to allow themselves to get swept up in the sequence of events that follows, especially with two leads that it is so natural to root for and the beautiful cinematography that characterized nearly every shot in the film.

These movies, despite their wholly different plotlines, share an important common thread: they are some of the first movies in 25 years to feature Asian leads and/or all-Asian casts after Wayne Wang’s The Joy Luck Club in 1993. This has resulted in the production teams behind each of the movies going through similar processes and facing similar issues in creating the movies that they wanted.

Both movies were adapted from novels of the same name, meaning that Kevin Kwan, the author of Crazy Rich Asians, and Jenny Han, the author of To All the Boys I’ve Loved Before had to sell the rights to their stories. Both found it difficult to find a producer willing to maintain the integrity of the story they had written.

“Several big time producers were approaching my people and asking about the rights,” Kwan told The Guardian. “Within that group there was one prominent producer who said, ‘Oh, I would be interested in this if we could change Rachel into a white girl,’ basically. I think it was a request born out of sheer ignorance about the project, and it was a very, at the time, kneejerk reaction that was indicative of how Hollywood saw its industry, how they felt movies needed to be made, and how they felt a movie with all Asians would just never work.”

Han faced similar issues with producers losing interest in her work when she refused to give them permission to whitewash the lead of her story.

“They did not understand why she had to be Asian when there was nothing explicitly in the story that required her to be,” Han told The Guardian. “For me, it is not a matter of why, she simply is. And in a more equitable world, I would not have to justify that.”

Even after Kwan and Han signed with producers who were on the same page as them, casting Asian actors and actresses for Asian roles turned about to be another difficult and time-consuming process in the production of both movies.

“We auditioned literally hundreds of people for the role, but there wasn’t that one person where we could all just say, ‘Yes, this is Nick’ until we met Henry Golding,” Kwan told The Guardian. “That leading man quality is so extremely rare because most attractive, dynamic, smart, 25-year-old Asians are not becoming actors. They are working for Google or Goldman Sachs, or they are neurosurgeons. That is kind of part of the experience of growing up Asian, and being an actor has not been viable in a meaningful way for most Asian people.”

Asian actors and actresses across Hollywood echo this sentiment, acknowledging the difficulty in entering the field in the first place as well as ever being cast for the roles that they want.

“I have had experiences where they say open to all ethnicities, and then I get [to the audition] and it is just me and a bunch of blonde, blue-eyed beautiful ladies,” Lana Condor, who plays the lead in To All the Boys I’ve Loved Before, told Variety. “And then I have to ask, why am I here? If we are all auditioning for the same role, it clearly looks like [the production] already have a picture in their mind.”

However, with the release of Aneesh Chaganty’s Searching, yet another majority Asian cast movie, in late August, the actors involved in these films are viewing their projects as turning points for Asians in Hollywood. They hope that the struggles they had to go through to get to these points in their careers will become less common.

The representation that these two movies have offered has been far from perfect; in particular, Crazy Rich Asians was criticized for glamorizing the disconnect between Asians and Asian-Americans as well as depicting many of the rich Asian characters as materialistic and obsessed with Western culture.

However, the movie remains a step forward for Asian representation in Hollywood because of one key reason: it is not trying to claim that it is representative of all Asians. Instead, for the first time in so long it is demonstrating Asian characters as full and three-dimensional people with their own distinct characteristics and personalities. True, they are from a very select segment of the Asian population, but never is it suggested that this segment of population should define all Asians everywhere.

“The second that you say any one idea, any one person, any one product, any one film represents an ‘entire’ anything, you’re already setting yourself up for failure,” Chaganty told Variety. “Crazy Rich Asians is not going to speak to the entire Asian-American community. It shouldn’t, and it shouldn’t have to have that responsibility. It can speak to a few people in it who maybe relate to it. Maybe ours can speak to a few others. Maybe To All the Boys I’ve Loved Before speaks to a different community, and hopefully stuff moving forward speaks to more and more, but it’s quantity that ends up solving these issues, not one thing.”

The critical reception of both movies has been positive so far from all audiences, but many Asians feel particularly strong connections to these movies.

“I’m Asian and it is nice to see movies that I can relate to on a personal level,” senior Ninjin Gankhuleg said.

For those who are not minorities, it can often be difficult to understand why representation matters, but for communities that are finally getting the representation that they have coveted for so long, the effect has really been profound. “Seeing Asian representation in Hollywood that is free from stereotypes and societal expectations is meaningful,” junior Sophia Wu said. “It not only allows Asians to feel pride and empowerment through their culture and heritage but also challenges audiences to see that it is possible to have Asian men and women starring in leading roles in mainstream media.”