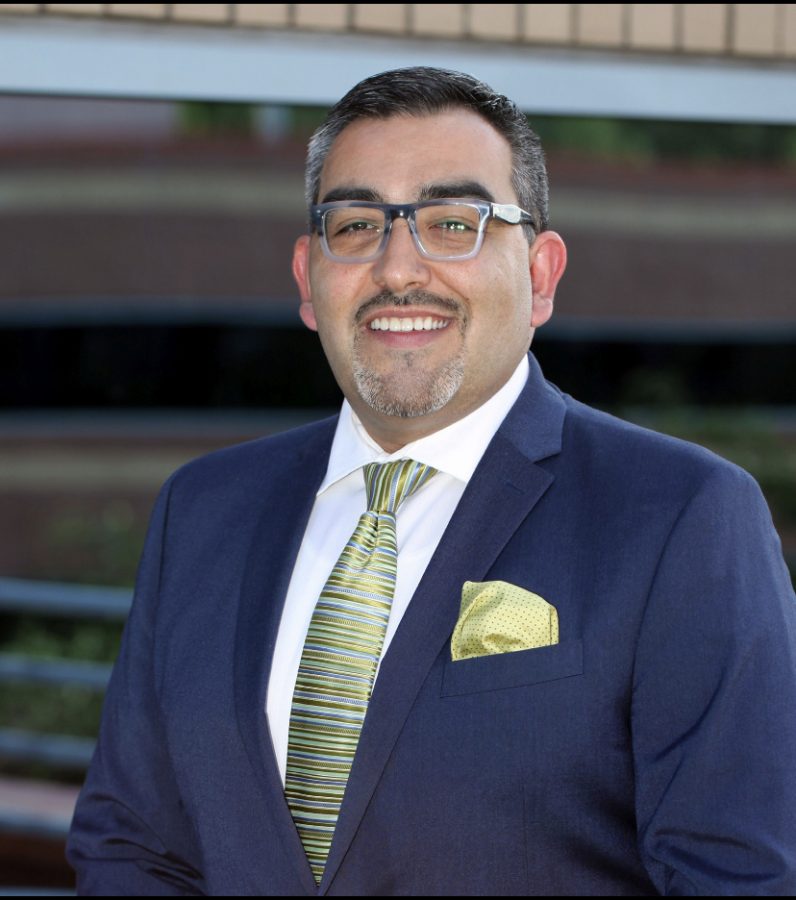 His first job out of college was as a special education assistant in Trenton, New Jersey. In high school, his part-time job helped kids with disabilities and sparked his interest in the area.

He later taught subjects such as Spanish, French, and Social Studies. One teaching story stood out to him. His student had moved to Trenton Public Schools in New Jersey from California. Before that from Guatemala. He did not speak English.

“[That student] started getting involved with gangs and bad behavior and quitting and dropping out of school,” Dr. Durán said. “I’d have to go look for him over and over for about a year, a year and a half.”

Dr. Durán taught him English but soon realized that the student had a bigger problem.

“From many perspectives, you could say this kid’s always getting in trouble … But I said, wait a minute, why?” Dr. Durán said. “I started to really understand he actually didn’t even know his own language [Spanish].”

He helped the student learn both Spanish and English, along with another teacher. That student went on to college and to later become a lawyer for immigrants. He is still in contact with Dr. Durán.

“He sends me little clips of all the work he’s doing to help immigrant families. Some of the ones … who were in cages and on the border, and he was out there fighting for them,” Dr. Durán said. “This young man was out there fighting and helping all these families, because myself and one other teacher took the time to help him realize that he could be very successful.”

Since then, Dr. Durán has helped many more like that student. His most recent position was as Chief Equity Officer and Chief Academic Officer in Fairfax, the tenth largest district in the United States. That experience sharpened his focus on equitable teaching in Arlington.

“Sometimes in education, we think about most students,” Dr. Durán said. “But if we’re not mindful about all students feeling a part of that learning … then we really aren’t doing our very best job because every student should be addressed.”

He can also bring his focus on equity to addressing the pandemic — making sure those with the greatest need return to school first.

“We’re beginning to put out a plan to bring levels of students back in,” Dr. Durán said. “We’re doing it based on that equity because we’re starting first with our students with disabilities in Level 1. Many of them are not able to access the computer or the lessons at home because of their disability.”

“I have made the decision to pause Level 2. Moving too quickly to Level 2, while case levels are still rising, represents a safety risk and could cause further disruption to schedules,” Dr. Durán wrote in a district-wide email.

So where does that leave high school students? Until the number of COVID-19 cases begins to fall, they will continue to participate in virtual learning via Microsoft Teams.

“Looking at the data, I don’t know if you’ve seen we put out a dashboard now that has metrics that show how the health some health indicators here in the county and then in the region?” Dr. Durán said. “So we’re working on a case by case [basis].”

While he’s working to return students to school, he’s also working to improve virtual learning. He understands that new difficulties can arise.

“One of the biggest challenges is knowing, and not knowing, how a student is doing,” Dr. Durán said. “We can look at and see whether students are logged on, but are they really learning or not?”

In-person school offers many opportunities for students that are simply not available learning online. Virtual learning is even difficult among “good” students with strong academics.

“[Many students] said to me, ‘I’m a straight A student, I always do well in school, and I feel like I’m failing,’” Dr. Durán said. “It’s not that they’re not able to learn; it’s that this new way of learning might be difficult and different.”

What is Dr. Durán’s advice to students and teachers?

“We have to try and create some normalcy in our learning, but we also have to remember that things aren’t normal,” Dr. Durán said. “Find a way to reach out to other students and connect virtually. Don’t be isolated, don’t be alone.”