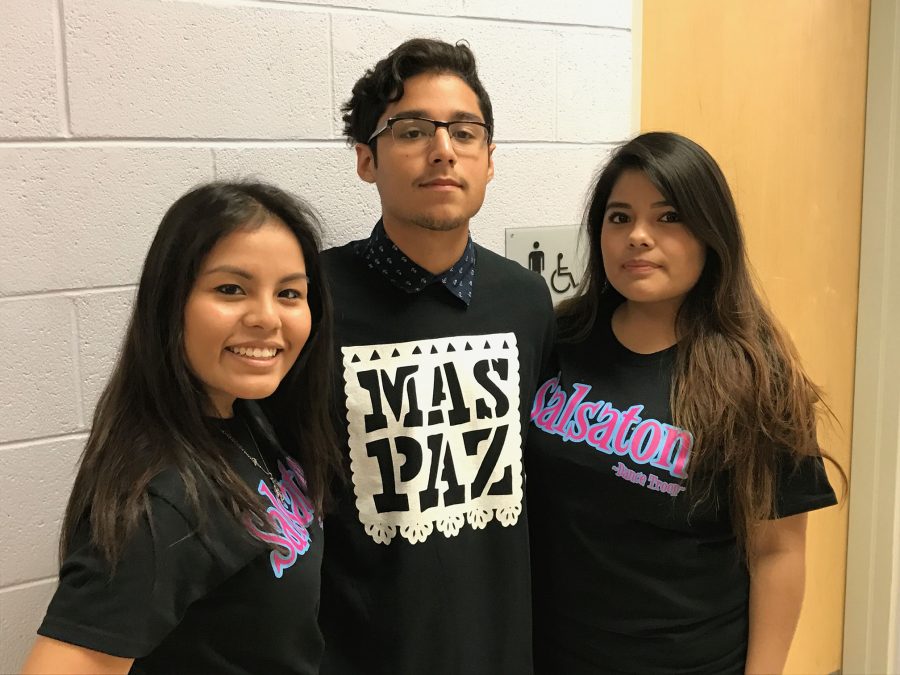 Students get ready for the Hispanic Heritage Assembly.

The school prides itself on having students from across the globe with more than 60 percent of students identifying as people of color and 34 percent of students identifying as Hispanic/Spanish. This diversity helps promote the celebration of these many different cultures, and on October 13, the school celebrated Hispanic heritage with a pride assembly. Students participated in various performances such as cultural dances, songs and raps, poems and historical tidbits.

During the assembly, a broad variety of Latino/Hispanic countries were represented. For example Caporales, a traditional Bolivian dance, was performed by former student Ashley Gomez and junior Karen Torrico. Gomez has been dancing for more than ten years, so it was natural for her to want to perform. The thing that she wants people to take away from her performance is “the diversity of it, and that anyone can dance it,” she said.

Simply being backstage showed all the effort and dedication that was put into this performance. Their work highlighted an important message to the community as each individual came together to participate in something bigger than themselves. For every one of the many years that this assembly has taken place, the themes of community and heritage were always emphasized. As master of ceremonies sophomore Belu Tekleselassie said at the beginning of the assembly, “We’re all equal, we all have love, culture and tradition. We come from a world that is separated, and today we come together to celebrate.”