A month after the shooting at Marjory Stoneman Douglas High School in Parkland Florida, students around the country walked out of school on March 14 to support the survivors, respect those who lost their lives and show politicians that they want stricter gun control measures put in place. Students left their classrooms at 10 a.m. and stood outside the school for 17 minutes to honor the 17 people that were killed in the Parkland shooting.

In an attempt to encourage more students, teachers and parents to participate, Women’s March Youth Empower made a statement saying, “Students and staff have the right to teach and learn in an environment free from the worry of being gunned down in their classrooms or on their way home from school. Parents have the right to send their kids to school in the mornings and see them home alive at the end of the day.”

The Young Democrats Club, the Generals Against Gun Violence Club, the Student Council Association (SCA), as well as several other dedicated students worked hard to make sure that the walk-out went smoothly. They wanted this to be an apolitical event that focused on memorializing the victims.

“We aim to really humanize the victims with our walkout,” junior Neeka Samimi, who is vice-president of the Young Democrats Club, said. “We want to make people realize how serious this issue is: that those 17 victims were not just numbers, they were people whose lives were taken from them in the worst way.”

Many school districts in Northern Virginia have not welcomed earlier walkouts and reprimanded students who participated in them. However, Arlington County Public Schools (APS) has adopted a policy of tolerance and support towards its students who hope to send a message. Principal Dr. Gregg Robertson made an announcement a week after the tragic shooting in Parkland, where he said that although he cannot officially support the walkouts, he will excuse the absences of those participating in them.

“These events are sponsored to send a message to our federal government representatives in protest of gun violence nationwide,” Dr. Robertson said. “[We want] to provide students with an opportunity to demonstrate their constitutional right to protest.”

Students are not taking Dr. Robertson’s support for granted. His announcement in February was a pleasant surprise to many students who had been wondering if they would have to fight to be allowed to participate in the country-wide walkouts. “Dr. Robertson and the administration have been really understanding, and I think they’ve handled this well,” Samimi said. “They’ve made it clear that they cannot endorse the walk-out, but they are making it possible by allowing it to happen.”

In addition to the walk-out on March 14, some students may choose to participate in another walk-out on April 20 which will honor the 19th anniversary of the tragic shooting at Columbine High School. There is also the March for Our Lives event in the district, which is scheduled for Saturday, March 24. 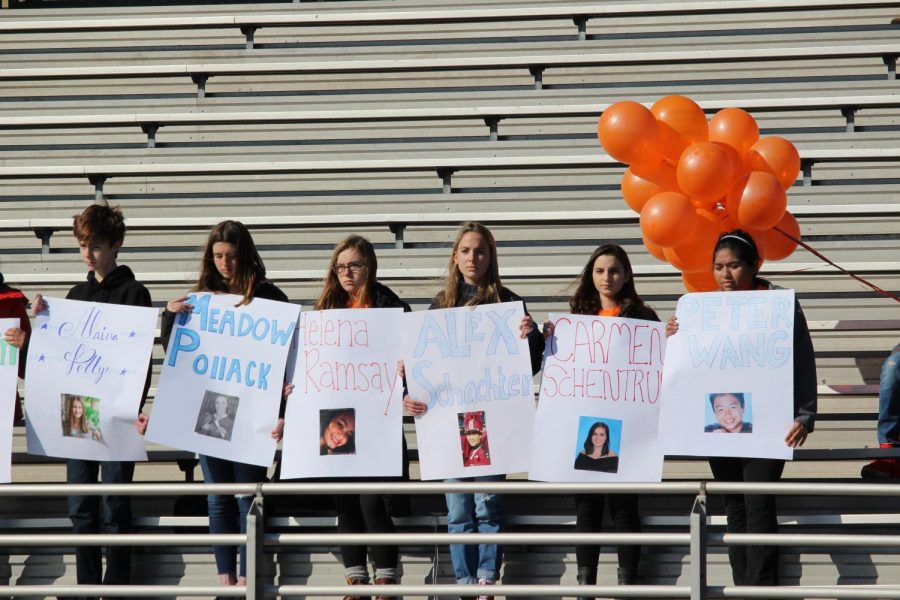