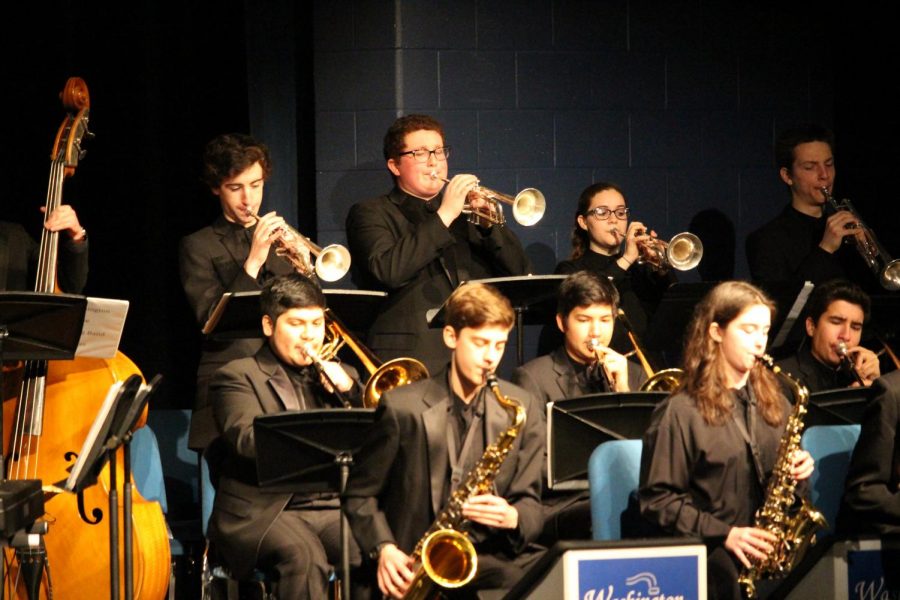 The Jazz Big Band has played at almost every Black History Assembly at the school. Junior Angel Dominguez has been playing trombone since seventh grade. He has been playing trombone in the Jazz Big Band for the past three years and loves any chance to make music. “I was in the Jazz Band at my middle school, and I knew that Washington-Lee has a really good jazz program,”Dominguez said. “s\o that’s what I was aiming to get into,”

The Big Band played three songs at the assembly, and Dominguez had a featured solo in two of them. They played “Big Dipper” by African American trumpet player, Thad Jones and his friend Mel Lewis. They also played “Soft Wind” and “Morning Sunrise”, two jazz standards. “The songs that we played today are really in preparation for tomorrow, when we go to the Mid-Atlantic Jazz Festival,” Dominguez said. “Still, it fits in the assembly [because] jazz is so important to black history, and Thad Jones is a very important African American musician.”