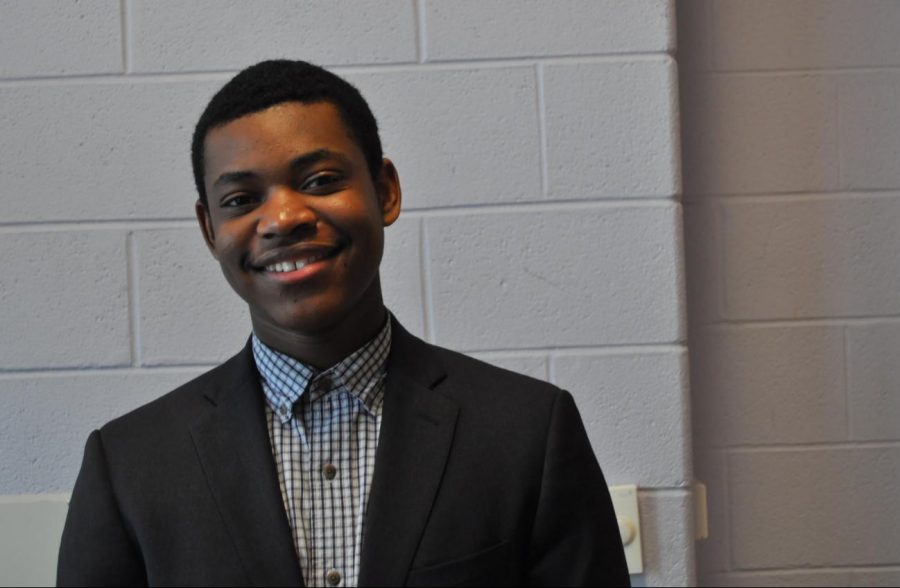 Wolday is this year’s Master of Ceremonies at the annual Black History Month Assembly.

Will LeHardy and Liam Holland

Senior Elisha Wolday is this year’s Master of Ceremonies (MC) of the Black History Month Assembly. It is a job that he has been wanting to do for a long time. “I’ve always had this dying hunger for being the MC here,” Wolday said. “I’m really active in my community and going out to D.C. and participating in protests.”

Wolday is heavily involved in the assembly, and has been involved in past years, as well. He is also a member of many African American organizations. “Last year I was one of the board members,” Wolday said. “This year we have a committee. I have two clubs, including the African American Society Club.”

Planning for the assembly was an involving task that took lots of effort from Wolday and the other members of the planning committee. “We’ve met during Generals Period every day since December,” he said. “Right now I’m the MC.”

Wolday hopes that this assembly does just that. Overall he sees his African American heritage as a source of pride. “I’m proud but I don’t want to be selfish,” Wolday said. “Black History Month is a way to educate my fellow brothers and sisters.”