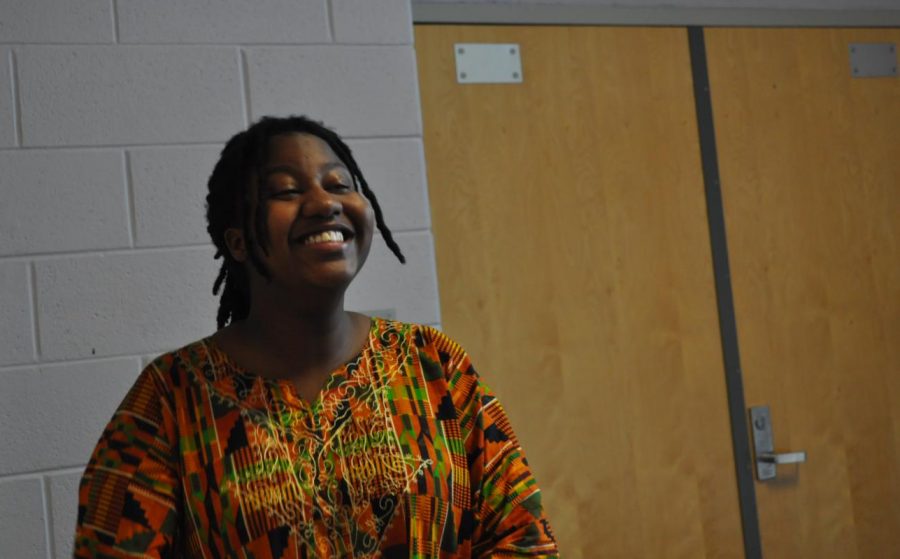 Vaz played a large role in planning for the Black History Month Assembly.

Will LeHardy and Liam Holland

One of the chief planners of the Black History Assembly is Monique Vaz, a junior who enjoys planning and performing in the performance. She first got interested in participating in the assembly after she talked with minority achievement coordinator Mr. James Sample. “He plans this assembly every year,” she said. “He was talking about it and it sounded really interesting, so I decided to help. It’s a lot more work than I thought it was going to be, but it’s fun.”

Vaz’s role is a mix of planner, stage manager, and performer. The process of planning for the assembly started back in December. “I planned a lot of it, and I’m also backstage telling people what to do,” she said. “I’m also going to be reciting a poem by Maya Angelou while we’re talking about all the black alumni who have graduated and where they have gone on.”

She also helped come up with the theme for the event. This year’s theme was focused on Arlington county. “We will be talking about the history of Arlington and Robert E. Lee,” she said, “because Arlington was named after his house.”

The experience has been a learning one for Vaz, who says that she learned more about black history than she’d ever learned before. “Black history is more than just African American history,” she said. “I think it’s the history of the world starting from Africa. It’s just really nice to learn about your culture and how it impacts what you do today.”