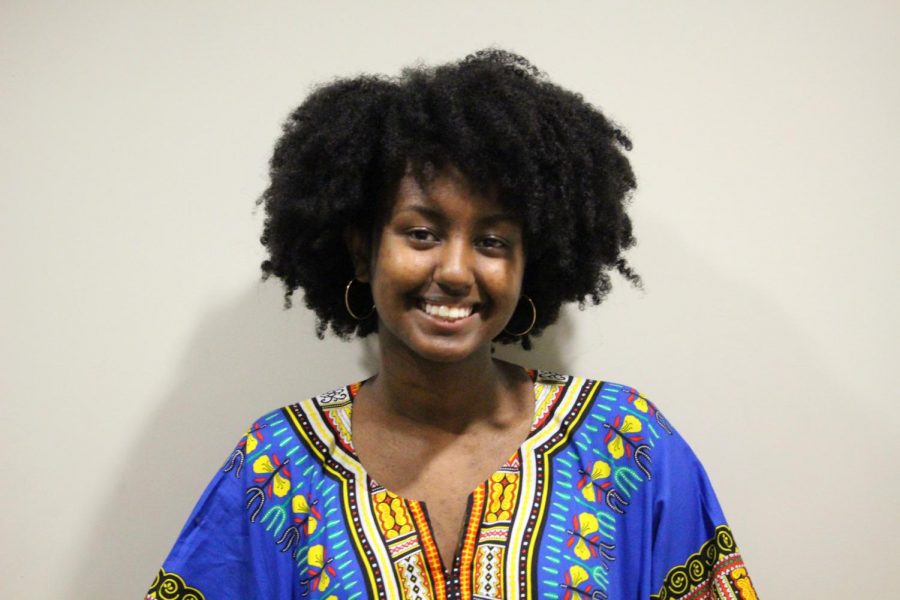 Mamo relaxes in the theatre between assemblies.

Junior Tsion Mamo was one of the several students who organized the assembly. After months of work, she’s happy with the result of months of hard work. “I like how it went, and I like how it’s slowly transitioning,”Mamo said. “We started from the past and went into the present day, so we taught people how it was back in the day and now how it’s still here and how it’s still prominent in the area.”

The theme of the assembly, chosen by Mamo and the rest of the student organizers, was African-American history in Arlington. Much of the content in the assembly dealt with that subject. “We really pulled it together, and it’s important that people know about Arlington’s history,” Mamo said. “I feel like when we think of slaves and slavery, we don’t think about Arlington.”

Although the assembly has finished, its work is not over yet. Mamo wants students to have left having learned something from watching the assembly. “I hope that people understand that slavery did happen in Arlington, and that we aren’t taught about it in history classes,”Mamo said, “but they paved the way for us and that Arlington is the way it is today because of slaves.”