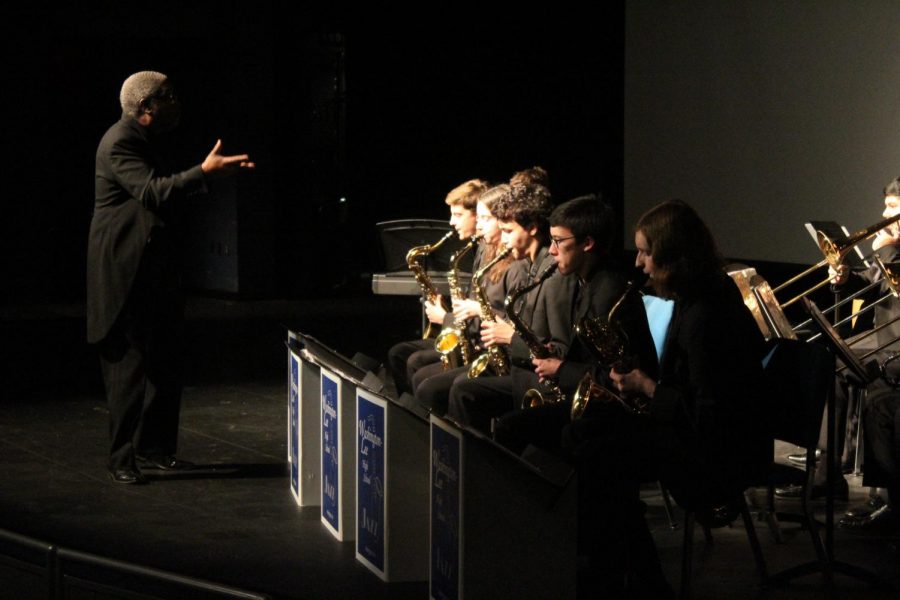 The Black History Assembly featured the school jazz band, who performed “Big Dipper” by Thad Jones, “Round Midnight” by Cootie Williams and Thelonious Monk, and “Softly, as in a Morning Sunrise” by Sigmund Romberg. The score rotated depending on which assembly was taking place. “We played original compositions that were created by African Americans in the 1950s and 1960s,” jazz band teacher Mr. Alex Robinson said.

Though the performance was meaningful to African American history, it also held importance to performers. “It gave us an opportunity to perform in front of a live audience, since we have a National Mid-Atlantic jazz competition tomorrow,” Mr. Robinson said, “so it was great to be able to play in front of somebody.”