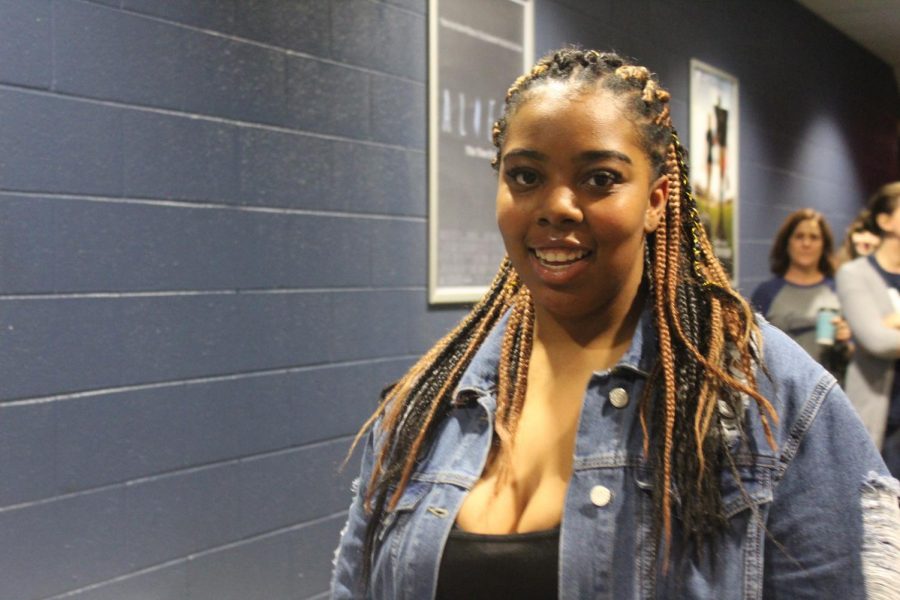 Johnson exits the theater after the second assembly.

The ultimate goal of any performance is the support and entertainment of the audience. The Black History Assembly was no different, and with a variety of performances, from step routines and jazz band numbers to songs and clips of famous marches, the event had a lot to offer to its audience. Senior Amaya Johnson was a member of the audience during the second assembly. “[The assembly] was nice [and] organized,” Johnson said. “It was very sad.”

Those who organized the event chose to include images behind students while they performed. Performances included “Rise Up” by Andra Day, sung by senior I’Shae Collins and “I Know Where I’ve Been” from Hairspray, sung by junior Mikayla Williams. Johnson especially enjoyed Williams’ performance. “[My favorite was] the singing at the end,” Johnson said. “It made you feel what was going on.”