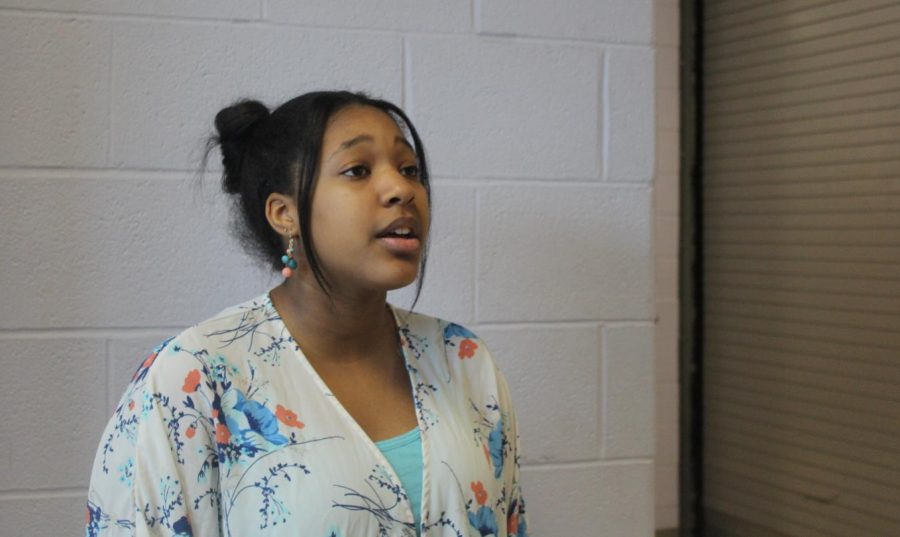 Collins warms up her voice before the first assembly.

Even though she has been singing for most of her life and has a powerful voice, she does not regularly practice, and she is not in chorus at the school. “I’m in band, I do musical stuff, but when it comes to singing, I just do it on my own,” Collins said. “I don’t perform outside of school.”

Initially, Collins was not even going to perform at the assembly. Then, some of the people organizing it approached her and asked her if she wanted to perform. “Originally someone else was going to sing at the end of the show and that was going to be it, but then the people managing it ended up asking me if I would like to sing at the beginning,” Collins said.

Collins said this assembly meant a lot to her. “It brings a lot of us together, and I am honestly going to miss this moment,” Collins said. “When it comes to me and my black friends, the school is diverse and all, but I don’t always get to hang out with the people I want to hang out with. Black History Month allows us to bond, and it’s moving, especially as a senior.”